Whoa, what just happened? I felt a disturbance in the universe, an unraveling of the very logic that keeps the celestial spheres spinning. Suddenly, nothing makes sense! What could it…

Oh, yeah. I mentioned the Confederate flag on the State House grounds, and I did so in terms that were almost dismissive rather than worshipful. In the universe in which the Flag is a Big Deal, certain concepts such as proportional response do not exist. It’s sort of like drawing cartoons of Mohammad — expect something that has little to do with what you said or did.

Would you please provide a picture of yourself for my blog. I am in
the habit of crediting those who trash the Confederate Flag for my
readers, and I’d love to make you my newest entry!
http://aint-no-4-letter-word.blogspot.com/
Thanks & God Bless

OK, fine, credit away — but what does this have to do with me? Wait — are you suggesting that what I said somehow "trashed" the flag? I suppose if I said the sun went down last night, I’d be disrespecting old Sol, and could expect protests from outraged sun-worshipers. 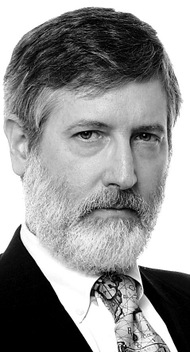 Talk about missing the point. But I should know to expect this. After having written about the flag hundreds of times (just not so much lately), I should actually feel the shape of space-time shifting around me as I re-enter the atmo of that loony world.

But hey — a reader request is a reader request. Rather than making poor Billy use that "mean" face above, as suggested by bill, I’ll provide something more directly tailored to the purpose. It’s just as mean, but has more of a period look. In fact, in this picture I was deliberately trying to affect a "Civil War general" scowl. You know how, back in the 19th century, getting your picture taken was such a big deal, and you had to be so still, that people always looked like they were constipated or something? That’s what I was going for.

Anyway, I thought anybody that much into Confederate memorabilia would prefer this gag picture to the other gag picture.

I would have made it sepiatone, but I had some trouble with PhotoShop.

Don’t thank me. I’m all about service.

190 thoughts on “A separate reality”