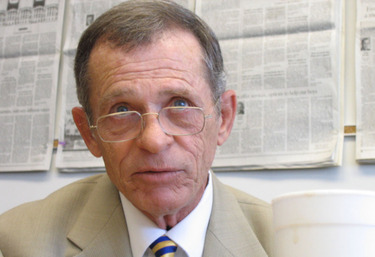 Tuesday, 10:30 a.m. This is one of those races that make you wonder why we can’t spread political talent out a little more evenly in this state.

Incumbent Republican Bill Cotty, who was targeted by anti-public school forces and whom we gladly endorsed back in the June primary, is up against talented young newcomer Anton Gunn, whom we also were happy to support back in June.

If only one of them were running in some other district where the choices are a lot less appealing. But only one of these two men can be elected. Right now, the odds look better for Mr. Gunn than one usually expects with a challenger to a widely respected incumbent. The Democrat says he would win on his own. I don’t know about that, but I know he will be helped out by a challenge to Mr. Cotty from the right. Petition candidate Michael Letts — who has declined to be interviewed by this board — could pull enough Republican voters away to make the difference.

Voters are being offered a sandwich, says Mr. Cotty, and "I’m the meat in that sandwich."

"I’m a moderate Republican, and I’m proud of that," he says. As a result of his ability to work across party lines, "I … get things done."

Things such as getting the Confederate flag off the State House dome in 2000, tightening the state’s DUI limit to .08 percent blood-alcohol level, and doing away with the minibottle requirement that forced bars and restaurants to serve stiffer drinks. He was the House floor leader on all those bills.

"I can be a coalescing force," he said.

He also took the point on the complicated tax-shift plan that passed at the last minute this year. (It eliminated property taxes for school operations in exchange for a sales-tax increase, among other things.) But he is by no means satisfied with it. "I’m interested in substantial tax reform," and that didn’t qualify. He sees it as something that will serve until we can actually get comprehensive tax reform

Organizations that have spent money to get rid of Mr. Cotty, such as SCRG, would probably call him a defender of the status quo in public education. They like to tell lies like that, accusing the real school reformers of being mossbacks.

It could hardly be less true in Mr. Cotty’s case. Public education has been the passion that has driven his public service since he was first elected to the Richland 2 school board, and he has always been a change agent. "I’m about change," he said, "but change for the good, not just change."

He has been a critic of the Education Oversight Committee, which was supposed to drive innovation in schools, but which he believes has fallen short of its mission. Since he is now a member of it, that’s an even sharper indictment. That’s not the only failure he points to. "Allendale has been handed back still broken" after the state Department of Education’s intervention into that dysfunctional system. "Allendale has not been fixed, and it won’t be fixed by the folks in Allendale."

This fact leads to Mr. Cotty’s Big Idea: Having the state go into the troubled districts and creating state-run charter schools. This would provide a choice for those in failing schools, only this choice would actually be accountable to the taxpayers, unlike the private schools that Mr. Cotty’s critics want to throw money at.

"They are starved for choice," he says of students and parents in poor districts. "We need to take it to them," and bypass the sadly ineffective local boards in doing so. "Many of those communities think ‘success’ is ‘I got a grant.’

"They think ‘job creation’ is, ‘the government opened a new program.’" He sees his state charter school idea as a key to real economic development in some of the areas that need it the most.

The way they would be funded is that all school funding would follow the child — not the measly $1,000 or so of a tax credit (which poor folks couldn’t get anyway). "I’m talking about the whole $9,800" from all funding sources.

He welcomes criticism of his idea, which is still forming: "What I want is the idea on the table."

As for the PPIC crowd, "They’ll be absolutely opposed to my idea. Why? Because they won’t get a check" sent to each family — and that has always been at the heart of what political appeal the tax-credit idea has. 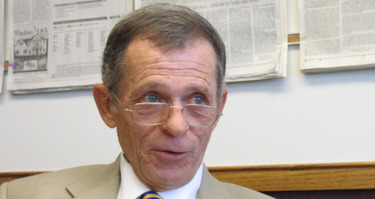