Up close, even the most clear-cut,
polarizing issue turns gray

By Brad Warthen
Editorial Page Editor
LET’S SET aside all the partisanship and polarization and stupid name-calling for a moment to remind ourselves that when you dig into them deeply enough, things aren’t nearly as bad in our politics as they tend to seem. Or at least, not always.
That’s because you have people involved. And people are more complicated, and therefore better, than the boxes we would put them in. God bless them for it.
Look, for instance, at the S.C. House District 75 race in which Richland County Democrat and political newcomer Boyd Summers is challenging Jim Harrison, a 17-year veteran Republican representative and chairman of the House Judiciary Committee.
In his recent endorsement interview, Mr. Summers said one of the main reasons he was running 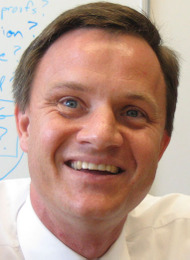 was that Rep. Harrison had swung to the “hard right” on such issues as support for public education. The incumbent has been a prime pusher of the “Put Parents in Charge” bill, which would use tax credits to pay parents to abandon public schools.
The challenger is adamantly against PPIC because “I am firmly in favor of public education,” and he doesn’t want to see finite public resources diverted away from our schools to the private sector.
Mr. Summers brags that he’s supported by the S.C. Education Association, while the Republican is on the side of “South Carolinians for Responsible Government,” an organization that exists only to push PPIC. It doesn’t get more black-and-white than that.
But it does get less so. Mr. Harrison chafes at being painted as anti-public school. “I think you’ve got to look at 17 years, and not just one bill,” he says. And he’s right. Besides, he says, his two children went to public schools all the way through — Rosewood Elementary, Hand Middle and Dreher High.
In fact, Mr. Harrison began his interview by aggressively challenging Mr. Summers’ support of public education, pointing out that his challengers’ two young children do not attend public schools. Of course, one of them is only 3 years old. But the older one, Mr. Harrison says he has heard, is in first grade at Hammond School.
Not true, Mr. Summers says: The older child is in 5-year-old kindergarten at Hammond.
“What my wife and I have made,” he said, “is the decisions we think are best for each child.” OK, so what about the future? “We evaluate it on a year-by-year basis,” he said, and “we haven’t made any decisions yet” about next year.
But, he insists, he is a firm believer in the importance of public education, and voters can rely on him to make policy on that basis — a confidence he says they cannot place in the incumbent in light of his advocacy of an extremely destructive idea.
Has Mr. Harrison caught his opponent in a fatal contradiction? Maybe, maybe not. I understand him. I have always believed in public schools, yet our oldest children started their educations in a Catholic school in Tennessee. We switched to public in 1988.
Still, I wasn’t running for public office on a platform of “I’m for public schools and he isn’t.” The issue is relevant. It gives voters in the district reason to question Mr. Summers’ level of commitment. He may have a good answer, but it gives them a good question. 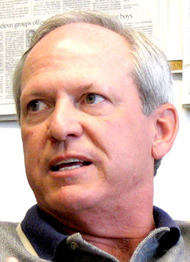 Mr. Harrison says it’s especially relevant because parents who live in Mr. Summers’ neighborhood behind the VA hospital worry that the local school, Meadowfield Elementary, hasn’t been doing well on the PACT.
They believe, he says, that if parents in the community would “stick together to work to improve their school rather than bailing out,” it would show improvement.
He said they felt parents turning to the private option were “not giving Meadowfield a chance.”
Not good news for Mr. Summers. But it also complicates things for Rep. Harrison. I couldn’t help pointing out that he had just described very well what was wrong with PPIC — that it would entice the most motivated, most involved parents to leave troubled schools behind, and those schools would only get worse as a result.
He didn’t disagree. In fact, he reminded me that he had talked in his earlier interview about how he had been motivated to champion “choice” only for children “below a certain income level.”
“I could live very easily without that provision in the last bill that gave a thousand-dollar tax credit, no matter where you lived and no matter what your income was,” he had said. “It ought to be focused on failing schools and low-income families.”
Of course, PPIC had included the tax credit for the affluent, which was politically necessary to generate the bill’s only in-state constituency: those who already home-school or send their kids to private schools. And Mr. Harrison had pushed it in that form.
Still, I had to sympathize with his lament that it was unfair to use that as an excuse to call him “hard right,” or anti-education, in light of his record otherwise. He said there was something wrong with a system in which “people in the middle that are trying to find some viable options get labeled as extremists.”
I couldn’t agree more. Of course, I think his advocacy of PPIC is quite a bit more relevant to his public education credentials than where a Summers 5-year-old attends kindergarten.
But I don’t think the issue is as up-or-down as the likes of SCEA and SCRG would have us believe.
Fortunately, they don’t decide elections. In this case, the voters of District 75 do. And they have a lot to consider.

9 thoughts on “Boyd and Jim column”