We can’t cut and run from
our public schools (or Iraq, either)

By Brad Warthen
Editorial Page Editor
THE CRITICS SEE themselves as realists, and can’t imagine why those of us who believe we must continue to slog on refuse to see things as they are.
The whole thing is futile, they say, and it would be madness to keep sacrificing billions of dollars, much less all those fine young people, on our stubborn hubris.
Don’t we know that “those people” will never embrace the opportunity we’ve sacrificed so much in order to give them? Chalk it up to DNA, or simply growing up in horrific poverty and having never known any other way. Either way, we’re wasting our time. 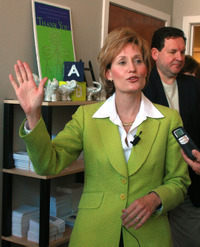 Look at the generations — the centuries — of culture and tragic history that we’re presuming to overturn.
It would be better, they say, to begin a phased withdrawal.
The more sensible among us over in the “never say die” camp — those of us who believe we would be sacrificing our society’s future to cut and run — agree that mistakes were made. But rather than put it in such passive, Reaganesque terms, we know whom to blame. We are appalled at the “stay the course” fanatics who dig in their heels against new tactics.
We want new approaches — but in the pursuit of success, not surrender. The odds are long, we know. Progress is slow, and sometimes — such as in recent weeks — it doesn’t look like progress at all. We see how it could look to some as though our best efforts have led to nothing but ruined lives and wasted money.
To keep going takes determination, resolve, and a practically Churchillian refusal to give up.
Of course, we’re talking about public education in South Carolina. Oh, you thought this was about the war in Iraq? Fine, because it is. I see both struggles in the same terms:

It’s not optional. South Carolina has no choice but to provide the opportunity for a good education to all of its young people. We know we can do education well; just look at the public schools in our affluent suburbs. More relevantly, look at how successful Richland 2 is at educating even the disadvantaged. We must duplicate that kind of success throughout the state, particularly in the most stubborn pockets of resistance — the poor, rural areas.
Invading Iraq was optional. We once had the choice of other ways and other places to insert the lever of change in the Mideast (our strategic objective; 9/11 taught us that our old strategy of promoting stability in the region was suicidal). But we didn’t, and now the choices are success, or handing a titanic victory to Islamist terrorists, tribalists and totalitarian thugs. Success is going to be extremely difficult to achieve at this point, but failure is unthinkable.
The I-95 corridor is South Carolina’s Sunni Triangle. We have to figure out how to succeed there, or we fail.

If we don’t do it, no one will. No one’s going to help in Iraq; that much has been made quite clear over the last three years. Certainly not the feckless Europeans. Even the Brits are just barely hanging in there with us, thanks to the courage and vision of Tony Blair. The only other entities with a motivation to stabilize any portion of Iraq are people we would not want to see doing so — Iran’s mullahs, or the Ba’athists in both Iraq and Syria.
Universal education can only be achieved by pooling our resources as a society and doing it, in

spite of the odds and the cost. The fantasy that the private sector would create wonderful schools in communities that can’t even attract a McDonald’s is dangerously delusional. The amazing thing is that this approach is espoused by people who insist they believe in markets, when market forces are precisely why those areas have fallen so far behind. The state has to do the job — the market lacks the motive.
The appointment of a new secretary of defense may not get the job done, but it’s a very encouraging sign. So is the election of a state superintendent of education committed to real reform.

We can win, but it’s going to take a long, long time. We’re talking about a generational (at least) struggle here, both in Iraq and S.C. public schools. Anyone who expects us to either win quickly or pull out simply doesn’t understand either the odds or the consequences of failure.

We can’t quit. South Carolina has too many problems — we are at the bottom of too many rankings — to give up on educating our people so that they can attract, get and hold good jobs.
In this profoundly dangerous post-Cold War world, history’s most powerful and essential republic cannot be weakened by another Vietnam. After three years of horrific mistakes, President Bush has now done two things worthy of praise: He dumped Donald Rumsfeld, and he went to Vietnam (finally) and drew this distinction between the two conflicts: “We’ll succeed,” he said, “unless we quit.” Iraq isn’t Vietnam, but there’s a sure-fire way to change that fact: Give up.
We could pull out of Vietnam in the middle of the Cold War, and the Russians still knew we had all those nukes pointed at them. So the world didn’t fall apart, even though our nation’s ability to affect world events atrophied for many years.
Today, too many forces of chaos, from al-Qaida to totalitarians with nukes, are poised to fill any vacuum we leave behind.
So we can’t quit — either here or over there. 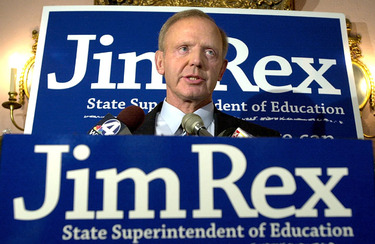 67 thoughts on “Never give up column”