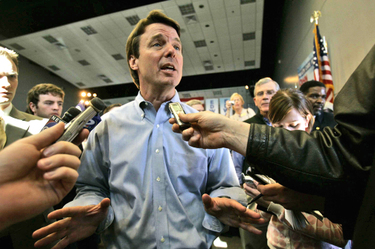 John Edwards was in Charleston today, doing his usual "I’m just a plain li’l ol’ boy from South Carolina" thing (at least, that’s what he had intended to do before this question
overtook him — ironically, in light of our last post). Hey, it worked for him in 2004, when ours was the only state primary he won. Might as well schtick with it.

Meanwhile, within the very same news cycle, the Associated Press was so obliging as to move an aerial photograph of Mr. Edwards’ actual home in North Carolina, the state he briefly represented in the U.S. Senate.

The cutline makes sure we don’t miss the fact that the Edwards spread "includes a gymnasium, a pool, a raquetball court, and a 10,778 square foot main home." 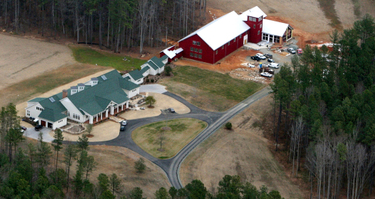