A society relearning how to behave

Free speech is enhanced by civility.
— Tim O’Reilly,
who recently proposed a
“Bloggers Code of Conduct”

Here’s what David Brooks of The New York Times, a writer I usually respect highly, had to say in defense of the fact that he, and others I admire, had been an enabler of trash over the years:

“You know, most of us who are pundits are dweebs at some level. And he was the cool bad boy in the back of the room. And so, if you’re mostly doing serious punditry, you’d like to think you can horse around with a guy like Imus.”

Perhaps, having been the sort who sat in the back of the class and created distractions while the dweebs were grinding away trying to get into Harvard, I don’t have that deep-seated need. I got it out of
my system. Some of it, anyway. Enough that I don’t need to match “wits” with anyone who makes a living off suckers who tune in to see how creatively he can trash other people.
But the weakness of Mr. Brooks and others caused media critic Philip Nobile, who once authored something called “Imus Watch” on TomPaine.com, to observe that “Imus had made cowards and hypocrites of some of the best minds in America. I hope they do penance….”
I’m not proposing to add to the already-considerable body of commentary on the downfall of an infamous loudmouth. I’d rather reflect today on a culture that would make such a pathological creature marketable.
I mean a culture that holds its breath to find out which “man” among multiple possibilities fathered the child of a dead former stripper — not whispering about it among the guys at the bar, but treating it 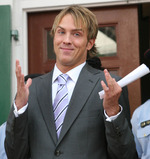 as mainstream, matter-of-fact fodder for polite conversation in front of the kids.
I’m talking about “reality” shows peopled by sad morons whose every utterance contains something that, even today, gets bleeped — not because the producers are sensitive or think that you are, but because the jarring “bleeps” themselves, audible from any room in the house, make content that would bore a brain-damaged goldfish seem titillating. Ooh, that must have been a good one, we’re supposed to burble.
I’m referring here to a political marketplace in which most participants long ago ceased to listen in order to reach practical consensus with those who disagree, preferring to gather into ideological tribes that huddle in the darkness, patting each other on the back for the rocks they heave at that other tribe, the “enemy” who will always lack legitimacy.
In other words, this is a happy upbeat, “good news” sort of column. I thought you could use that to cheer you up on this fine April morning (disregarding the thunderstorms forecast as I write this.)
Really. There is good news out there. In fact, we may even be seeing a trend. I once worked with a labor-averse assistant metro editor who loved to see news repeat itself to the point that he could say: “That’s twice that’s happened. One more time, and we can call it a trend and send it to ‘Lifestyles’.”
Jerry, this one’s almost ready to go to the Features Department.
A few months back, I boldly asserted in this space that “Standards are making a comeback. We may be able to get a civilization going here after all.” As evidence, I cited the facts that Rupert Murdoch himself had just canceled plans to publish a book by O.J. Simpson giving the details of how he “didn’t” kill his wife; the Michael “Kramer” Richards apology; and a column in The New York Times by a doctor bemoaning the low-cut tops and miniskirts worn by some of her younger colleagues. (Yes, that last one was weak, but I enjoyed the pictures. And it was a legitimate trend, because it was in a feature section.)
Well, the trend continues. The Imus dismissal, although it came decades too late, was yet another positive sign. This jaded society of ours got up on its hind legs once again and said “enough.”
The best, the very choicest thing I saw last week containing the word “Imus” was a column in Thursday’s Wall Street Journal, which began, “And so it came to pass in the year 2007 that a little platoon came forth to say unto the world: Enough is enough.” There I read once again about a new phenomenon, known as the “Blogger’s Code of Conduct,” that in draft form begins:

We celebrate the blogosphere because it embraces frank and open conversation. But frankness does not have to mean lack of civility.

Those who read all my hand-wringing last year about the nasty trolls on my blog will know why such a statement, and such a code, would appeal to me. I’m farther along in my quest for civility now. I don’t wring my poor, dry digits so much any more; I just take action. I banned another of my more unruly correspondents on Friday.
You polite souls who stay out of that forum (you who tell me, “I read it, but I don’t leave comments”) for fear of being abused, fear not. I don’t think the bad boys are the least bit cool, and I won’t let them pick on you.
This is all good news — a good trend. Come to thestate.com/168/ and read all about it, before it gets shoved to Lifestyles. 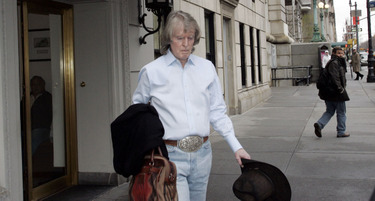