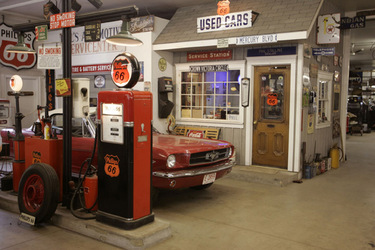 After noting that one or two of my correspondents were — and I’m sure they were doing it for convenience’s sake — referring to the gasoline tax hike as "Brad’s taxing scheme," or using similar terms, I thought I’d better set the record straight.

I deserve neither the credit nor the blame. In fact, before I embraced the idea, I went through all the objections that y’all raise — disproportionate burden on the working class, cooling effect on the economy, etc. But I believe this is the best, clearest way to:

I did not arrive there by myself. I was influenced by an array of other writers, who have hit this theme again and again over the last couple of years.

To answer the question asked by Jimmy Rabbite of prospective band members in "The Commitments," here are my influences, and links to their works:

Robert J. Samuelson
As the economist in the bunch, he presents the idea most credibly, thoroughly and convincingly. If a guy like Samuelson were against the idea, I’d be worried. His being for it gives me confidence in something that I arrive at in a more intuitive manner.

13 thoughts on “I don’t deserve the credit”