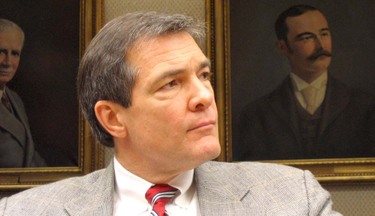 By BRAD WARTHEN
EDITORIAL PAGE EDITOR
A reader recently told me she enjoys my columns because she likes to follow my “soul-searching” as I try to work through an issue. I suggested she keep reading — who knows; someday I might actually find something.
But I knew what she meant, and took it kindly. That’s the kind of commentary I value, too. That’s why I called Hal Stevenson on Friday to talk about the upcoming presidential primaries.
Hal is a political activist of the Christian conservative variety. He’s a board member and former chairman of the Palmetto Family Council, which has its offices in a building he owns on Gervais Street. He’s also one of the most soberly thoughtful and fair-minded people I know, which to the national media probably constitutes an oxymoron: The thoughtful Christian conservative.
When last I saw Hal, he had brought Sen. Sam Brownback in for an editorial board interview regarding his quest for the GOP presidential nomination.
Since then, several things have happened:

Of all those, the nod I would have valued the most was that of Sen. Brownback — like me, a convert to Catholicism. When he spoke of the impact of faith on his approach to leadership, it actually seemed to have something to do with Judeo-Christian beliefs: He spoke of acting justly, loving mercy and walking humbly.
By contrast, Pat Robertson’s explanation as to why he was endorsing the one Republican least in tune with religious conservatives seemed to have little to do with spiritual matters, and everything to do with secular ideology and partisan strategy: He spoke of defeating terrorism, fiscal discipline and the selection of federal judges. The first two concerns are secular; the third seemed the least likely of reasons for him to back Mr. Giuliani.
The ways in which “values voters” interact with the sin-stained realities of power politics have long mystified me, and I wondered: Does a guy like Pat Robertson, with all his baggage (wanting to whack Hugo Chavez, suggesting 9/11 happened because America had it coming), actually deliver more votes than he chases away?
So I called Hal to help me sort it out. As of lunchtime Friday, when we spoke, he was up in the air about the presidential contest himself, now that his man Brownback was out of it. But he’s sorting through it, and has had face-to-face talks with the candidates he considers most likely.
“My heart says Huckabee,” he said. “He’s much more like me, I suppose, than the other guys.” But that’s not his final answer. He said when he asked Sen. Brownback why he didn’t get behind Gov. Huckabee, he said “it’d be like endorsing himself, so he might as well stay in himself.” He was looking for someone who offered what he couldn’t, and chose McCain.
As for Hal, “I did meet with McCain,” who is “certainly a real patriot,” but he’s trying to decide whether the Arizonan’s position on stem cell research — he charts a middle course — “is going to be a deal-killer for me.” (Brownback has told him that McCain says he wouldn’t make such research a high priority as president.)
He hasn’t decided yet about Mitt Romney. He’s talked with him, and sees him as “a very capable executive… he’s proven that.” But he cites “Sam’s words” about the former Massachusetts governor: “He’s a technocrat, running as an ideologue.”
While noting that “we don’t look to Bob Jones III for a lot of stuff,” there are “some very credible Christian activists out there supporting Romney.” He mentions state lawmakers Nathan Ballentine and Kevin Bryant, and cites his respect for U.S. Sen. Jim DeMint.
He says he’s not bothered by Mr. Romney’s flip-flopping on abortion, since he “takes the right position now.” But he worries it could hurt him in the general election, when Democrats could use old video clips to great effect.
“I am going through a methodical process,” he said, “and I have been impressed with McCain, Huckabee, Romney….”
He has not, however, met with Fred Thompson, “and I probably wouldn’t waste Giuliani’s time.”
“I respect him for being straightforward and not trying to B.S. us,” he said of the former mayor, but he does not relish having to choose between two pro-choice candidates next November.
As for the host of “The 700 Club,” “I really don’t much care what Pat Robertson does.”
“Robertson lost credibility with most thinking evangelicals a long time ago.” Hal said he was turned off back during Mr. Robertson’s own run for the presidency in 1988: “It was all about acquiring political power in the Republican Party,” and that “wasn’t what many of us thought the Christian Coalition was about.”
While Hal himself is still seeking the answer, “I’ve got good evangelical friends who are working for every campaign.”
Every Republican campaign, that is. Nothing against Democrats per se, Hal says; it’s just that “A pro-life Democrat doesn’t have a chance in the Democratic primary,” and that is a deal-killer.
Hal still doesn’t know which of the candidates that leaves please him the most, but in the end, that’s not the point: “The only person ultimately I’m trying to please is the Lord.” 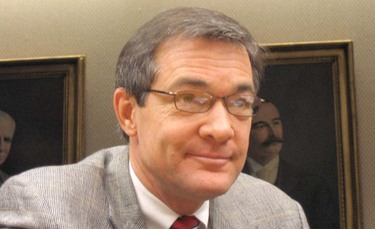 5 thoughts on “Soul-searching in the secular realm of politics”