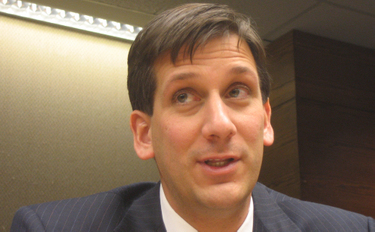 State Sen. Vincent Sheheen came by to explain his government restructuring plan, which he wrote about recently in this op-ed piece.

The significance of Vincent’s initiative (and I call him “Vincent” on account of knowing his daddy and his uncle before I knew him) is that it constitutes a credible, worthwhile government restructuring approach from within the General Assembly, the place where governor’s plans generally go to die.

Over the years, I’ve generally just given the legislative side of restructuring a lick and a promise when I write about restructuring. In the Legislative State, lawmakers can already do pretty much anything they have a mind to do, whereas the executive has been kept purposefully too weak to perform its constitutional role. Back when I did the Power Failure series, I referred to the fact that the Legislature would need to be more serious about advice and consent, and to a lesser extent oversight, if the executive were empowered to do its job. But that always seemed to me a secondary consideration, one that only became important after you do the executive.

Vincent’s idea is to stress the legislative part every bit as much as the executive, if not more so. His Government Accountability Act of 2008 would formalize lawmaker’s oversight of executive agencies, making legislative hearings looking into agencies’ performance more routine. What would be the virtue in that? Well, everybody about had a cow over the recent legislative probe into the Corrections Department, and with good reason — several good reasons, in fact. The unusual investigation WAS politically motivated, legislators didn’t have the staff to do a relevant critique and the Legislature as a whole hasn’t budgeted responsibly for corrections in many years.

Vincent’s proposal would make hearings standard operating procedure, which would lower the stakes when they happen, and thereby help lower defensiveness. Committees would have staff (an expense, but cheaper than the kind of waste it might prevent) to do a professional job in reviewing agency procedures and budgets. And the committees doing the probing would be the same ones responsible for a rational, programmatic budget for the agency. Rather than having a single committee do all the budget work, the committees with oversight authority would bring their expertise to bear to draft more realistic budgets, agency by agency.

As for the executive revamp, there are three main items:

There’s a lot I would change in this, and a lot farther I would go, but this plan has one virtue over anything Gov. Sanford or anyone else has proposed lately: political viability.

At least, I hope it does. If we can’t do this much, we’ll never have responsible, accountable government in this state.