You know, I was happy that the guy we endorsed in the Republican primary won in SC, but I sort of thought he had several more tough contests to go through before he had the GOP nomination in the bag.

Not according to the Democratic contenders tonight in Myrtle Beach: It’s John McCain this, John McCain that. Edwards says you’d best pick me ’cause I can take John McCain on in rural areas. Hillary says I’m the only one strong enough on defense to go against John McCain.

Has anybody told Huckabee and the rest about this? They might as well surrender at this rate…. 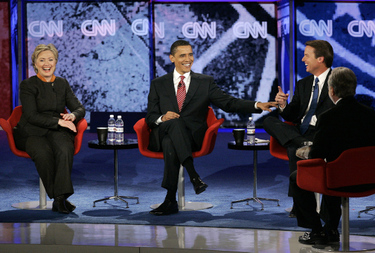