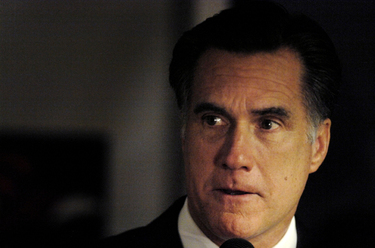 Oh, yeah? Well, I’ll see that, and raise you another $7 million…

Those of you who despise John McCain over McCain-Feingold (and sorry, but I don’t think I’m ever going to buy the George Will theorem that Spending=Speech) should be resting easy today. Even though, all across the country, Republicans are accepting and even embracing the Arizonan as their presumptive nominee, Mitt Romney just might prove today that you can still buy your way to victory — even in the biggest market, or bunch of markets, in the country — if you’ve got enough do-re-mi on hand.

Here’s the latest from Zogby, showing McCain winning pretty much everywhere that matters other than California, where Mitt Romney was said to be spending oodles of his own cash.

There is, of course, an alternative explanation I’ve read as to why Romney is leading 40-33 in California is that California Republicans are particularly partisan and ideological. Maybe so. That would explain Reagan, although not Nixon. But why would just the Republicans be that way out on the Left Coast? If it’s in the water, why wouldn’t that rigidity manifest itself among Democrats as well? If it did, Hillary Clinton would be leading there. But she’s not.

5 thoughts on “You can still buy victory (maybe)”