Late last week, I forwarded this release to Cindi:

Carson Announces for SC House
A New Generation for District 77

COLUMBIA, SC – Local attorney DJ Carson announced today his candidacy in the June 10th Democratic primary for SC House seat 77.
"I grew up right here in this community," Carson said. "This is my home, and it deserves 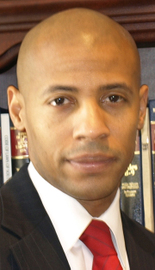 fresh, energetic leadership that looks beyond the daunting circumstances of what is and into the possibilities of what could be."
Though this is Carson’s first run for public office, he is no stranger to politics. He spent 2000 as a grassroots organizer for the Democratic Party’s Coordinated Campaign and has also served as an aide to Rep. J. Todd Rutherford.
Combined with his work as a Richland County Prosecutor, these experiences have given Carson a unique perspective on some of the most challenging issues facing us today.
"I see how much drugs, guns, and gang violence costs this community every day and I’m ready to take that fight to the next level," Carson said. "I’ve been in the trenches and now I’m ready to lead the charge."
"The time for excuses has past. The time for change has come. The future is now!"

And we get to meet
him on Wednesday, at noon.

Ohmigosh, and here it is Wednesday at 11:21. And so it begins. I haven’t counted yet myself, but Warren said he counted up the candidates running in Midlands legislative and county primaries, and we will have 52 interviews between now and June. He also noted that we will have far more interviews for primaries than we will for general elections in the fall. Such is the domination of reapportionment by incumbents and political parties.

And Mr. Carson, who will be competing with Joe McEachern & Benjamin Byrd for an open seat currently held by Rep. John Scott (who is seeking a Senate seat), will be the first.