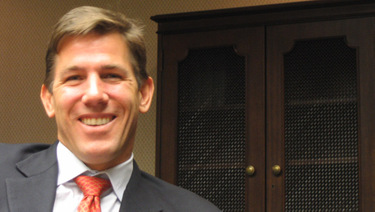 Did I get your attention? I expect I did. Well, calm down. I’m not here to praise Thomas Ravenel, or defend him.

But I am here to raise the question: Why do we want to pay to feed, clothe and house him for the next 10 months?

This brings me to the larger question — one of the biggest facing the state of South Carolina, in fact: Why do we want to imprison nonviolent offenders? Sure, we may do it cheaper than any other state in the union, but even then it’s a huge waste of resources that could be better spent. And our cheapskate, insecure way of running prisons is going to bite us in the long run (actually, it already does, in terms of recidivism rates).

This is a recurring theme. Today, we raised the question on the local level — Columbia is finally having to own up to the fact that its penchant for locking people up for more offenses than the county does actually costs money.

Of course, T-Rav is neither state nor local, but we pay federal taxes, too. And it’s hard to imagine a better example of someone who could have paid another way. If you have a multi-millionaire partying on cocaine, why not give him a multi-million-dollar fine? As the sage Billy Ray Valentine said, "You know, it occurs to me that the best way you hurt rich people is by turning them into poor people." In other words, why isn’t he paying us, instead of the other way around?

That would make a lot more sense than sending him off to commune with Kevin Geddings in Georgia.