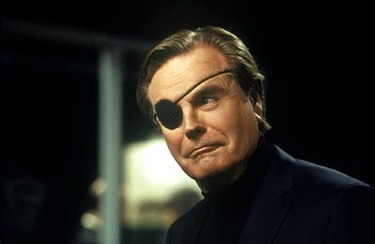 Barack Obama is playing very coy with his veep selection, saying "I’ve made the selection, and that’s all you’re going to get." At least until Saturday. Unless you’ve joined the secret club.

That Obama, he’s such a tease.

He is the perfect complement, just chock full o’ experience, thereby compensating for Obama’s greatest weakness. Yeah, Joe can talk you to death, but he’s a smart and thoughtful guy, and about the only Democrat who was putting forth a real plan for Iraq back when it was the thing to talk about. (You’ll notice that now that the surge has succeeded, and we actually can talk about timetables for withdrawal, they’re a lot quieter on the subject.)

Kathleen Sebelius is cool — very UnParty — but he really doesn’t need another fresh new face on his ticket.

Unfortunately, I have reason to believe that it will be neither Biden nor Sebelius. Apparently, the folks at the WashPost know something, and they’re giving us a hint with their headline: "Obama Says He Has Chosen His No. 2."

Obviously, that means he has chosen veteran actor Robert Wagner.

Remember, you read it here first.

20 thoughts on “Obama has a secret, and he’s not telling”