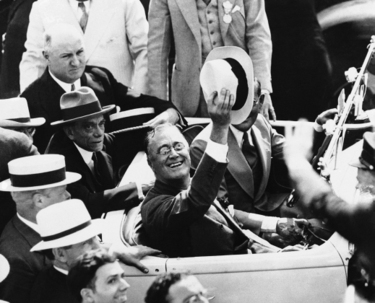 You’ll note that in my Sunday column, I said I found it somewhat reassuring that both John McCain and Barack Obama seemed humbled by the scope of the looming national crisis on Wall Street. It was sort of the point of the column (hence my headline, "Beware excessive certainty about Wall Street crisis").

But I also said, at the end:

At some point we’re going to need some FDR-like self-assurance
mixed with pragmatic solutions. And in this election that is suddenly
about the economy, it’s unclear which candidate will pass that part of
the audition.

That remains unclear. I mean, the only person on either ticket who has a cocky grin anywhere approaching that one is maybe Joe Biden.

And we need that kind of optimistic confidence in a leader at this time.