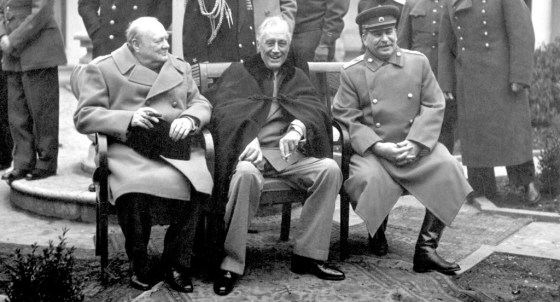 As a career journalist, I’m probably more committed to openness in government than most people, probably including you, dear reader. I’ve spent 35 years shining lights on things needing illumination. Having cut my teeth as a reporter in Tennessee — a state with a serious Sunshine Law — I was completely and utterly appalled at the weakness of FOI law in South Carolina. In fact, I’m afraid that the first time I met Jay Bender, the newspaper’s mouthpiece and lobbyist for the press in the Legislature, I was rather obnoxious to him. He was giving us editors a briefing on his accomplishments in the last legislative session in having slightly improved FOI law in our state, and I just kept heaping scorn upon the result, and wondering why in the world he hadn’t pushed harder for something better.

This, of course, was before I had spent 22 years closely observing this Legislature in action. I now have a lot more sympathy for Jay and what he was up against, even as I remain impatient and disgusted with a system that allows so many exemptions to open-meetings law.

Nowadays, as a consultant, I am constantly giving the advice that the best medicine for a PR problem is total openness, and I mean it. Be completely frank and make your case. Never stonewall. This is not always a welcome message, but I deliver it anyway. And I still make some people nervous in meetings. They are afraid to say things in front of me because of their concept of me (little do they know how much I withhold from my public these days).

But, as a sort of high priest of openness (which is not really a very hyperbolic description of someone who has served as editorial page editor of the state’s largest newspaper), I have occasional bouts with … doubt. This is a little hard to explain and get anyone to understand. I even had trouble with Cindi and Warren, as long as they’ve known me. There were cases in which I said to them, Look, I agree with you completely that openness is best. But in this particular case, just how hard do you think we need to press? I mean, it looks like things came out all right in the end, so why use this instance as an occasion for preaching on the subject? (Mind you, the editorial process is a constant triage in which you have to pick a few things to comment on among almost limitless options — so why not concentrate on the things you are very clear on?)

Part of this was because I had been a manager ever since 1978, and had had inculcated in me that certain things — including personnel matters (one of the things that SC law exempts from total disclosure, and unfortunately one that public officials raise as a smokescreen to obscure so many things that NEED to be disclosed). If I reprimand an employee, and we have a heart-to-heart talk in which he tells me about things in his private life, or she is reduced to tears (which happens a lot; if you’re not a manager, you’d be surprised how often), I actually have an obligation to keep it between us.

That was part of it. Another part was that I saw a certain hypocrisy in insisting on absolutes. My colleagues would have been appalled if I had insisted on all our proceedings being recorded on video and offered to the public. It would constrain them, they would say. They would feel like we couldn’t be completely frank in our (sometimes heated) discussions. And they’d be right about that. Being on camera every minute would tend us toward vanilla discussions, and in the end vanilla opinions. While I was comfortable with a LOT more of what we did being disclosed (I often caused my colleague unease by what I put on the blog), I recognized that there was a time when I knew it was best to close the door and let it all hang out. And it bothered me that our official position was that public officials should never, ever be allowed to do that. Even as I held that opinion, it bothered me.

Another part was that I am by nature resistant to absolutes. Cite me a law or rule or precept that is sound and wise and profound, and I will almost inevitably, and usually immediately, start picking at the chinks I see, and saying “Yes, but what about…” It’s a very irritating habit, and a real enthusiasm killer. Ask my wife. But it’s been a good trait to have as a journalist, by and large. The trouble comes when I apply it to a journalistic Sacred Cow. And journalists, as cynical and worldly as they’re supposed to be, DO have sacred cows, and can really get their backs up if you disrespect one of them, however mildly or peripherally. (Oh, and for those of you who get so frustrated with me because I still like and admire folks like Graham and Lieberman and McCain, and Obama, and you think I’m blind to their flaws — you miss the point entirely. I see everyone’s flaws. I expect them. I don’t expect anyone to always agree with me. Being the iconoclast that I am, I know you can’t get through life expecting others to meet your standards all the time. But you live a poor and bitter life if you can’t respect and admire some people in spite of that. Lord knows I judge enough people harshly.)

So — where am I going with this? Well, a couple of things I’ve seen the last couple of days (and sorry I didn’t post yesterday; it was a busy day for freelancing and job-hunting) have got me to thinking about this.

First, there’s Joe Wilson’s push to have health care bill negotiations aired live on C-SPAN. And — setting aside that his motivation is that he wants this legislation to fail (I picture him screaming “You Die!” at the bill, like a Japanese soldier whipping himself up for a banzai charge on Guadalcanal) — I say, absolutely. Put the full glare on it. Open government, etc.

But then I challenge myself. I say, what if this were actually a good bill — say, one that provided single-payer, or even expanded Medicare so that folks like me can buy into it — and a few discrete discussions here and there would lead to it becoming law? Would I think negotiations should be televised then? And I begin to doubt. Because open government — allowing the public into meetings, making documents freely available — and live television are two different things. Folks who think the cameras keep the politicos honest don’t really understand the psychology of television. People perform for cameras. They are distracted. They become phony. They use different voices, different faces and different gestures. They are NOT frank and open. They become susceptible to the Observer Effect. And this is not always good. For this reason, for instance, while I believe courtrooms should be open, I do not like the idea of TV cameras in the courtroom (think O.J. Simpson).

TV cameras don’t give you the truth; they give you a show. Any reporter worth his salt will tell you that while there are certain circumstances in which being on camera can help (such as my interrogation of Karen Floyd on live TV back in 2006, which I think led to an important admission on her part), by and large you’re better off talking to your source away from the cameras. You get more, and you get it straighter. (And being on camera can cause some journalists to hang back; few are big enough jerks to do what I did with Ms. Floyd that time.)

So, I have to admit to myself that if I thought delicate, undistracted discussions would give this country the health care reform it deserves I would have my doubts about C-SPAN, well… I guess I need to say I have my doubts about it even though this is deeply flawed and inadequate legislation. I shouldn’t apply my doubts only to bills I like. Mind you, I think everything about the bill should be open and aboveboard and on the public record. But I don’t think every conversation about it has to be televised.

Now if I were still at the paper, would this lead me to assign or write an editorial disagreeing with Joe? No. My level of doubt in this case would simply cause me to move on to another topic, and let the partisans shout at each other about it without my participation. There are more than enough battles to fight where the issues are clearer.

Another example, and this one is a classic: Yesterday, I was reading a book review of a new book about FDR, centering on his health in those last years. It was interesting. It went through it all — the president’s alarming decline in late 1944 and early 1945, his assumed disadvantage at Yalta and the impact of that on subsequent history, the press’ collusion in keeping his health in the background. Familiar ground. It concludes:

Trying to determine the state of FDR’s health has a legitimate historical purpose: Roosevelt was derided during the Cold War as “the sick man of Yalta” for having ceded too much ground to Stalin, and it would be useful to know precisely how sick he was. In the modern era, we may know more than we care to about the health of presidents and presidential candidates, but as “FDR’s Deadly Secret” makes clear, too much information is preferable to too little.

Well… I’m not so sure about that. Personally, I exceeded my limit of what I want to know about the president’s health when I was editing details about Reagan’s polyps. This, I said to myself, was ridiculous. And it was. Of course, the reviewer doesn’t disagree with me there; he just says remaining in the dark to the FDR extent was worse.

I doubt that. Think about it. While I didn’t live through those times, I’ve been sufficiently immersed in what was going on in this country — from reading, from listening to my parents (who, having been born in 1928 and 1931, had no memory of a time when Roosevelt had not been president, and to whom his mortality was a deep shock) — that I find it hard to imagine how detailed reporting on the president’s state would have helped the country at that time. As it was, with the war almost won, it was a profound shock. And if the nation had known how little Roosevelt had confided in Harry Truman, they would have been even more worried.

How would it have helped to see his infirmity fully exposed on camera in newsreels, to read detailed reports of his repeated visits to Bethesda Naval, to have a national conversation (in full view of the Nazis and the Japanese leadership) about his fitness for office? It’s not like he was going to step down, not FDR. Mind you, there were enough things going on then to weaken national resolve (the Battle of the Bulge, which Hitler had meant to shock us into seeking an armistice, comes to mind). Did we really need that kind of crisis of confidence at the moment?  Whether you think there should have been more disclosure or doubt it, our perception is colored by the fact that things worked out in the end. We won, totally and absolutely. Harry Truman turned out OK. And forty years later, we won the Cold War. Knowing that, we are tempted to see the course of events as inevitable — but they were not.

OK, I guess I’ve aired my doubts enough  for one day. The fact remains, I’m more committed to openness and full disclosure than most people. But as I say, I resist absolutes, and I believe there is good reason to do so.

22 thoughts on “A heretical question: Is total disclosure always best?”