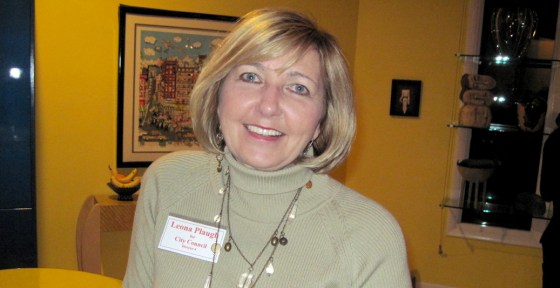 This morning, I had breakfast with Steve Morrison (the way I did with Kirkman Finlay III the day before). I didn’t get time to blog about it, but I will.

Had an interesting chat with Leona. Her answer, by the way, was that she feels like, city finances being as they are, she should run. As she said, she knows more about the city budget than anybody, possibly including Kirkman.

Leona, if you recall, was the city manager before Charles Austin. She left under a cloud, but you know what? I always had the impression that Leona knew what was what, and she acted the way she did because in Columbia, city manager is a completely unmanageable job, with seven bosses constantly interfering.

Since she left city employ, she’s been running “an exclusive management and marketing company for corporate entertainment producers.” I said that sounded way more fun than taking Kirkman’s place on the council. I didn’t fully understand what she does — she stopped me before I could pitch a movie idea to her — but she did mention having produced an event in Vegas that featured the Guess Who and William Shatner. That definitely sounds like more fun than city council. Beam me back to Vegas, Scottie — that’s what I’d say.

Anyway, today was a perfect example of what I frequently observed — if you get out there and experience enough things to be worth blogging about, you don’t have time to blog about them…

One thought on “Leona Plaugh, candidate for Columbia city council”