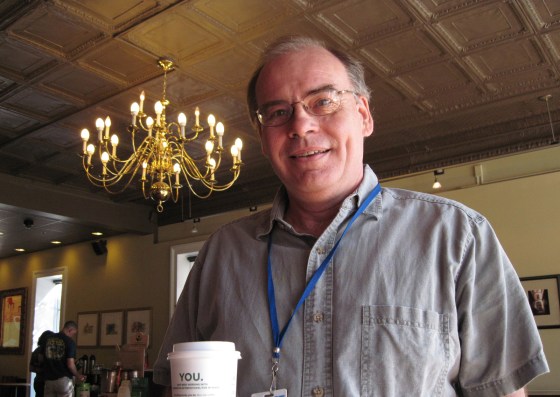 A little over a week ago, I started worrying about Bud. Y’all know Bud, if you know anybody in this community. The guy who gives me such grief over the Iraq war. The guy who calls me a lover of big government. The guy who was once GrandMaster Bud.

He’s also known as William Bloom (he acknowledged this in response to a recent post about anonymity). But not by many people. To his family, friends, and especially to his friends here on the blog, he’s Bud.

Anyway, Bud disappeared over a month ago. His last comment was on Feb. 25, on this post. Then we lost Greg Flowers (who had not commented since December), and I started to worry about Bud. So, one month to the day after he last posted, I wrote to him:

I’ve been worried about you because we haven’t heard from you in WEEKS.
Are you OK?

He wrote back, almost right away:

I’m fine but I keep getting these scary messages when I try to post on the blog that says the blog is dangerous to my computer somehow.  In any event it blocks me from posting.  Thanks for thinking about me.

Relieved, I set that aside for the moment, because it was when I was starting to try to sell ads on the blog, and dealing with the last days of the city election.

But then, today, there I was at the Gervais Starbucks interviewing Kevin Fisher (more on that later — probably tomorrow at the rate I’m going) when in walks Bud. He saw Kevin first, and walked over, and just before he saw me I realized who he was.

He even — like Doug Ross before him — produced a picture ID, so that there’d be no doubt.

This was great! I love it when I meet one of my regulars, from Paul DeMarco to Laurin Manning to Emile DeFelice to Doug Ross to Tim Kelly (I first met him a year ago). It’s always an occasion. But this meeting was the most overdue. I’ve been blogging for five years, and it seems like Bud’s been there all along. How weird is it that we never met before in person.

Now, we’ve got to fix his problem so he can return to the blog. I asked him to send a detailed message explaining just what sort of scary message he gets when he tries to comment. Then I’ll post it here and see if any of y’all know what to do. Then if that doesn’t work, I’ll solicit help elsewhere.

We’ve got to get Bud back. 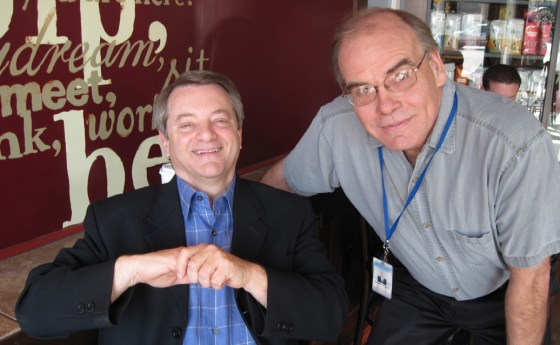