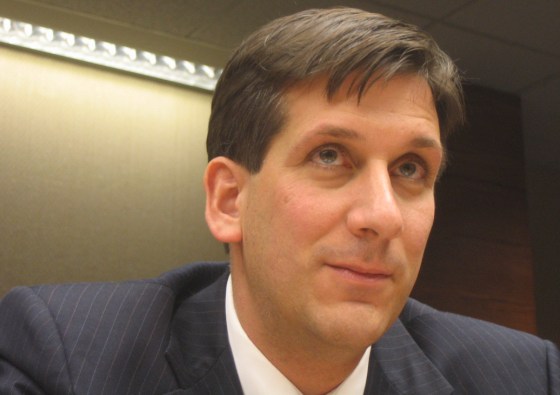 Ignore what I wrote in that last post. It does Vincent Sheheen a great disservice, by suggesting the reason to pick a Democratic ballot and vote for him tomorrow is simply because of the mere absence of negativity in his campaign.

He deserves a much more positive endorsement than that, for the simple reason that he is far and away the best candidate running for governor in 2010, a year in which we badly need new and visionary leadership in the governor’s office.

Of course, I put myself in a bind a couple of months back, when I sorta kinda decided not to endorse candidates as a blogger. I had all sorts of good reasons not to: No one was paying me to take all that aggravation. No longer representing the voice of the state’s largest newspaper (at least, that’s what it was when I was there), I had no institutional obligation to do it. And while doing it for the newspaper was business, if I did it on my own blog it would be personal, with all the many levels of messiness that entails. Then there was the unstated reason: For the first time ever, I found myself in a situation in which there would be a personal cost of sticking my neck out. A year’s unemployment had shown me how reluctant employers can be to take on someone with as much well-documented baggage as I have (much of it from having taking a stand FOR this powerful person, and AGAINST that one). And I was about to start trying to sell advertising, with the only thing I had to sell being my own brand and how it was perceived — and there is no surer, more infallible way to infuriate close to 50 percent of the public than to choose one candidate over another. Did I not owe it to my family to try to launch this enterprise on a sound footing, and not undermine it by making arrogant (at least, that’s how a lot of people perceive endorsements) pronouncements that would inevitably alienate? After all, I could be honest about what I think about candidates without taking that formal, irrevocable step.

Lots of good, solid, self-interested reasons not to endorse, right?

Well… sometimes one must stand up and be counted, even when one is not being paid to do so. Remember how, when Grace Kelly demanded to know why Gary Cooper had to make a suicidal stand against Frank Miller and his thugs when he wasn’t the marshal any more, he explained “I’ve got to, that’s the whole thing.“? Full of nuance, that Gary Cooper. Anyway, this is an “I just gotta” moment for me, minus the gunplay (we hope).  There are things more important than my own self-interest, or the good of the blog. One of them is South Carolina’s crying need for new leadership at this point in its history.

Ours is still a poor state. On all sorts of measurements of economic and social and physical well-being, from income to health, we continue to be last where we want to be first, and first where we want to be last. We continue to have a political culture, and institutional structure, that reinforces that dynamic, and resists change more steadfastly than the government of any other state. Our government was designed by landed slaveholders to preserve the status quo, because that’s what benefited them. Those men are all gone, but the system of government designed to serve them still exists, and holds us back.

We are also held back by a lack of trust of each other, and a lack of faith in the idea that together, we can overcome the challenges that face us. This manifests itself in the phenomenon we see being played out so dramatically in the Republican primary this year, as the candidates — even candidates I would think would know better — compete to see who can be the most negative, the most rabidly anti-government. What does it mean to be anti-government, in this context? It means to deny faith in our ability to get together, people of different attitudes and philosophies, and work through our differences to build a better future to share.

The radical individualism that all of the Republican candidates embody this year — especially Nikki Haley, the front-runner — has been tried in South Carolina, over and over. Our current governor, Mark Sanford, is easily the most ideologically pure manifestation of that philosophy ever to hold that office.

It is painfully clear after eight years of Mark Sanford — whom I enthusiastically endorsed in 2002 — that such an “I, me, mine” approach to governance does not work. One cannot govern effectively when one holds governing in contempt. That should have been obvious then. It’s certainly obvious now.

Vincent Sheheen offers the positive alternative. Not the “big-government, liberal” alternative that the propagandists of the GOP will accuse him of offering (not because of anything he advocates, but because that is their reflexive, automatic reaction to everything), but a sensible, moderate South Carolina-friendly approach unencumbered by radical ideology of any kind. Before he began this campaign, he was pushing his own proposal for restructuring our government to make it effective and accountable for a change. It is a pragmatic approach that would actually have a chance of becoming law if a governor were behind it. Rather than throwing unacceptable ultimatums at the Legislature and reveling in lawmakers’ rejection, Vincent Sheheen would actually work with lawmakers of both parties (he has a proven ability to do so) to make his proposal a reality. Instead of a governor who can’t even work with his own party and doesn’t want to, imagine how wonderful it would be to have one who works amicably with both?

Now, many of these same things can also be said of Jim Rex. He, too, has a positive, teamwork approach. He’s worked across party lines in advancing his public school choice initiatives, and has formed alliances with some of the most conservative Republicans in trying to improve the way schools are funded in South Carolina. But, because it’s been his job, his policy experience in office has been limited to education. And while better education may be the thing South Carolina needs most, it’s not the only thing; Vincent Sheheen’s experience with public policy is broader, despite his youth.

And in this election, when we have such a need for new beginnings, his youth is an advantage.

That I would say that would surprise some people who have worked most closely with me. I was the grumpy eminence grise on the editorial board who would ask a young candidate, “How old ARE you, anyway?” with a tone that suggested they hadn’t lived enough to be ready for the office they were seeking.

But it’s time now for a generational change. And among the 39-year-old Sheheen’s strengths is the fact that he offers us that.

An old friend, sensing I was leaning that way — because I’ve been honest about what I think of candidates, however much I’ve resisted a formal endorsement — asked me several weeks ago why I would choose Vincent over Jim. I answered as follows, after protesting that I was not, repeat, NOT going to endorse:

Now between you and me, I’d go with Vincent. So you inferred correctly.

Several reasons:
1. You know that with me, it’s seldom about the sum of policy positions. I would be hard-pressed to tell you [off the top of my head] what their policy positions are, beyond the fact that nothing has jumped out at me as bad. Rex has a plan for spending cigarette tax money that I’m not sure about, and I know Vincent’s all about restructuring, to cite a couple of differences that jump to mind. And the restructuring is a biggie.
2. So that leaves us with character, and I think the character of both is fine. But I’ve seen Vincent grow during this campaign in terms of his ability to connect with voters, while Rex is still that trustworty elder statesman who I’d be OK with as governor, but who isn’t likely to inspire. Vincent generates a newness, a sense of a new generation taking over from all the nonsense of the past, that is appealing. And he wears it well; he has his head on straight.
3. Vincent could work with the Legislature. He’s one of them, and that helps make up for being a Democrat. He would come in with lawmakers knowing that about him. He could make a difference. Rex is the guy that they’re accustomed to thinking of as “that ONE statewide Democrat,” and they just won’t be as likely to want to engage with him.
4. Vincent could win in November. Normally I wouldn’t mention that, but this year it’s important. The Republicans are all running so hard to the right, trying so hard to convince us that, in varying ways, they will be Mark Sanfords — even Henry, who should know better — that this year I just don’t see anything good coming out of any of them becoming governor. We so desperately need a break from what we have. And that makes it vitally important that the Democratic nominee not only be someone who’d be an improvement over what we have, but who could WIN in the face of the odds, which are always against the Democrat.

Let me stress again the generational factor. South Carolina needs a fresh start, a real break with its recent past. Vincent embodies that the best. This is a decision I’ve come to gradually, in my own holistic, intuitive way, but I’ve tried to spell it out as systematically as I can for you.

To elaborate on that: Rex radiates the aura of a civic-minded retired guy who’s willing to “give back” if there’s no one else to do the job. Vincent wants to build a better South Carolina, the one that he and his young children will live in. Makes a difference.

It occurs to me that I do my readers a disservice by sharing those thoughts privately with one friend, but not openly with them. So there it is. It may seem to be high on intangibles and low on specifics, but that’s because I had already reached the conclusions that on the specifics, I’ve concluded that Vincent is sound. That makes the intangibles — the ability to inspire, the ability to be positive rather than negative — of great importance. We didn’t worry about the intangibles (such as his aloof manner, his sleep-on-the-futon quirkiness, his hermitlike aversion to the company of other Republicans) with Mark Sanford, and look where it got us.

As I’ve explained before, none of the Republicans is offering us anything positive for our future. That puts me in the unaccustomed position of not having a preferred candidate on that side. But there is no doubt that there is a Democrat who stands well above them all, as well as being a stronger candidate than any in his own party.

That candidate is Vincent Sheheen.

At least, that would be what I’d say if I were endorsing. 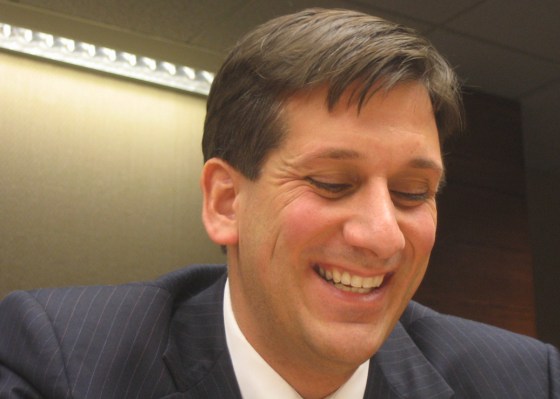 29 thoughts on “If I were endorsing, I’d endorse Vincent Sheheen”