Not as a bloc, mind you, because as you know, Democrats don’t do blocs. But according to Rep. James Smith, who called me a few minutes ago to set me straight (thereby saving me a call to him or Minority Leader Harry Ott), it will be the official House Democratic leadership position that ALL of Gov. Sanford’s 107 vetoes should be overridden. And he hopes they will be — but of course that will depend on the Republicans doing their duty by South Carolina — which James suggests the Tea Party has made GOP lawmakers scared to do.

James called me because a lot of y’all were calling him, egged on to do so by this blog (in the absence of really helpful coverage of the 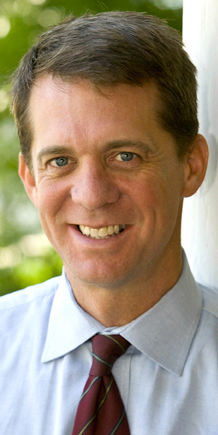 budget vetoes by the MSM). I urge y’all to keep on calling your lawmakers, Democrats and especially Republicans (since there’s more of them) to tell them what you think. And if you’ve forgotten who your lawmakers are, or how to contact them, here are instructions on enabling yourself.

If you’ll recall, House Majority Leader Kenny Bingham told me over the weekend (“Lawmakers will uphold most of Sanford’s vetoes“), the governor is likely to prevail on most of his vetoes of funding for such things as public libraries, the State Museum, technical colleges, SC ETV, the Arts Commission and the Confederate Relic Room and Military Museum in part because Democrats can’t be relied upon to vote to override. He based this on the lack of support he got from Democrats on some key votes on the budget.

James says that was then, this is now.

Indeed Democrats were divided on some things such as court fees. But that has nothing to do with these budget vetoes. If the Legislature fails to override, says the former Minority Leader, it won’t be because of lack of Democratic votes. And of the governor’s 107 vetoes, “I have yet to find one that we would not override.”

And while Kenny is worried, James still hopes “to be successful in overriding them.”

If the Democrats can indeed stick together tomorrow, that means the fate of these vetoes will lie in the bitter rivalry between regular mainstream Republicans and the Sanford fringe — a fringe that was emboldened by Nikki Haley’s near victory in the primary last Tuesday. All Sanford and Haley and their allies need is to drum up a third of either the House or the Senate for Mark Sanford to have his biggest victory in his eight sorry years in office.

So once again, folks, rather than merely refer you to a link, here are the instructions on how to contact your legislator, as we used to say at the bottoms of editorials:

To find out who your legislators are and how to contact them, go to www.scstatehouse.net and select “Find your legislator” on the left. Or call Project Vote Smart at 1-888-VOTE-SMART.

19 thoughts on “Rep. Smith: Democrats WILL vote to override all 107 Sanford vetoes”