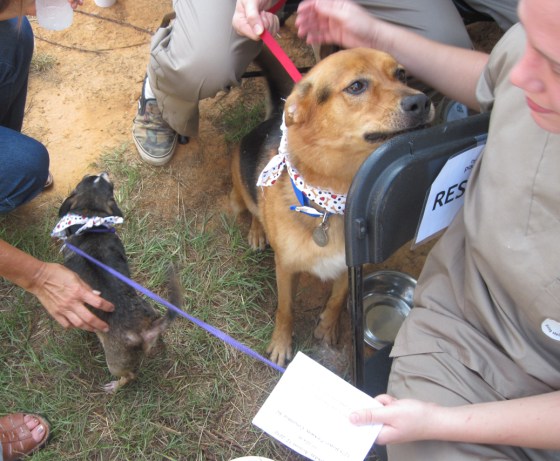 First, a disclaimer: Pawmetto Lifeline, previously known as Project Pet, is a client of ADCO. We did their new Web site, which launched today. I wrote some of the copy for it. That’s why I was at the groundbreaking today.

Now, to my report…

Project Pet has been around since 1999. It started with the activism of some well-connected local folks such as Deloris Mungo, Samuel Tenenbaum and a host of others. With the groundbreaking today for the organization’s new home on Bower Parkway (near Harbison), it’s about to take a giant leap into realizing the dream of the founders and others who have worked to advance the cause over the past decade. Here’s an excerpt from the Web site:

In 2008, more than 23,000 companion animals entered the municipal animal shelters in Richland and Lexington counties. More than 19,000 of these animals were euthanized.

What we are all about is reducing that number to zero. That’s the dream, and we’re going to make it a reality. Actually, perhaps “dream” is too insubstantial a word. We are approaching our goal systematically and pragmatically. We have developed, and are well on the way to implementing, a solid plan employing specific, identified solutions – solutions that have been proven to work. Wishful thinking is not our way.

How will we know we’ve succeeded? When no healthy, treatable, adoptable pet is euthanized in Lexington or Richland counties. A giant leap in that direction was the ground-breaking Aug. 12 on our new facility on Bower Parkway – the Meyer-Finlay Pet Adoption Center of Lexington and Richland Counties.

Of course, we’ve already accomplished a great deal. Since 1999, Project Pet – now Pawmetto Lifeline – has been the conscience of compassion for the Midlands community and a vital area resource for humane care for our abandoned and homeless animals. Our legacy is one of devotion to responsible and compassionate care for the homeless animals of our community, and of fostering the animal-human bond. The core purpose of Pawmetto Lifeline is to promote and practice the principle that every life is precious.

Since our founding, we have rescued over 6,000 animals that would have been put to death otherwise.

When our new home is ready, we’ll be able to do so much more.

We will be able to rescue an additional 2,200 cats and dogs annually from shelters – up from our current rate of 800 annually – which means 3,000 animals that otherwise would not have a chance will live full and healthy lives. More than that, we will be working to break the cycle that has in the past led to hopelessness for so many helpless creatures: With the addition of full-time vets and a medical clinic housed in our new building, we will be able to spay and neuter more than 30,000 animals annually.

In our new building, one staff veterinarian will be able to spay or neuter 7,560 animals each year. But we aren’t going to have just one vet – eventually, we will house four. That adds up to a potential 30,240 procedures per year!

An important thing to note: This operation is a public-private deal. Richland and Lexington counties have formed a partnership with Pawmetto Lifeline to address the over-population issue of companion pets in the two counties. The counties are depending on the organization to provide:

That’s why there were several officials from the two counties at the ceremony. From Richland County Council there were Jim Manning, Norman Jackson and Bill Malinowski. From Lexington County Council, Debbie Summers, Smokey Davis, Johnny Jeffcoat and John Carrigg.
Also sitting front and center was Austin Meyer, who with his wife gave the biggest chunk of money to build the new center — $1.5 million. Which is why the center is named for them and their family. Austin, a member of the prominent local Finlay family, is quite a story on his own. He’s the creator of the wildly successful X Plane flight simulator — which I hear recently ran the Microsoft version right out of the sky. And he lives here. Bet you didn’t know that.
Anyway, it was a big day in the lives of thousands of critters in the Midlands — and folks who care about them. It was hot, but there was quite a celebratory atmosphere now that this big day has arrived. The center is to be up and running in Fall 2011. 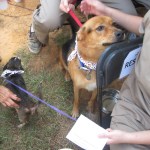 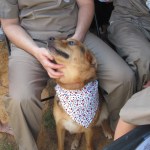 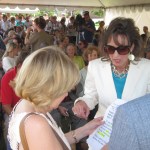 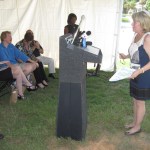 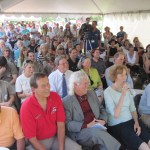 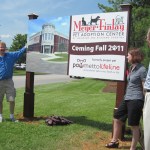 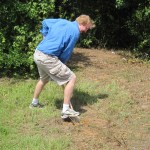 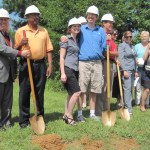 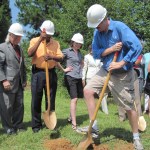 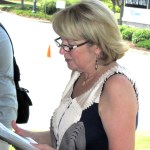 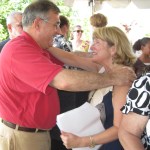 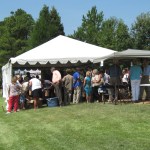