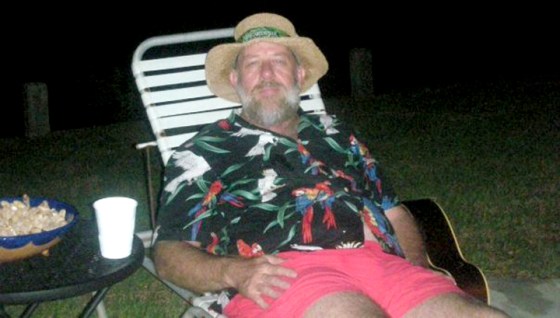 Rod Shealy, in a photo from his Facebook page.

John O’Connor of The State tweets that the “Family of S.C. political consultant Rod Shealy says he died this afternoon at MUSC.”

This sad news has already provoked a suitably quirky tribute, as follows:

Tomorrow will be Hawaiian Shirt Day on Pub Politics to honor our friend Rod Shealy.

As I was pulling this together, John posted the following at thestate.com:

Influential South Carolina political consultant and newspaper owner Rod Shealy died this afternoon at the Medical University of South Carolina, according to his sister Lorri Unumb. He was 56 years old.
Shealy died of bleeding on the brain, Unumb said, possibly related to the brain cancer he was diagnosed with in 2008. Unumb said Shealy had fallen and broken his hip over the weekend, but was optimistic the cancer treatments at MUSC were working.
Shealy specialized in advising long-shot candidates to victory, such as longtime friend and client Lt. Gov Andre Bauer. Shealy – a protégé of Lee Atwater — also had a penchant for pushing the limits of campaign law in search of an advantage.
The Irmo resident pled guilty in 1992 for failing to report a campaign contribution after he was accused of hiring a black fisherman to run for office to help drive Lowcountry turnout for his sister’s bid for Lt. Governor.
Unumb has a son with autism, and said Shealy helped her draft and find legislative support for a bill requiring autism insurance coverage that is now law. A big Jimmy Buffet fan, Shealy was instantly recognized by the Hawaiian shirts he wore.
“Politics was a profession and a passion, but it was also a fun game,” Unumb said, referring to Shealy enjoying the intellectual challenge of elections. “Intuitively he just understood people. He was just one of them. He identified with the common folks.”

Rod was a guy much loved by his allies, and disparaged by others — including yours truly at times, although I had developed a fairly cordial relationship with him in recent years. He may have done some highly questionable things and associated with some unsavory types — which I’m sure he himself sometimes had occasion to regret — but he certainly added some color to local politics. And he was very good at his job.