A friend, obviously seeking to appall me, sent an e-mail saying, “Oh, you’ll enjoy this…” and linking to this blog post, which I quote in part:

And speaking of factions, and again I’m not a reporter, just a consumer of news, it sure seems to me that Jim DeMint is the current leader of the hard-core conservative faction of the Republican Party.  He’s far more consistent with his endorsements than any other conservative leader, and unlike Palin he can claim that he’s actually been doing something effective for the cause.  For the conservative/Tea Party faction, presumably the trick is to be as far to the right as possible without actually sounding crazy to those outside the faction (and thus perhaps drawing vetoes from more pragmatic conservatives, and possibly some GOP-aligned interest groups).  At least as I read the reporting, DeMint seems to be pretty good at keeping to that line, and he certainly must be more reliable both for that crowd and for more pragmatic types than Palin.

To know more, we need more solid reporting.  Hey, reporters!  We know activists hate TARP; is it a make or break issue for them?  What about other important groups within the GOP?  And, while of course Tea Partiers and conservatives generally are fond of the Sage of Wasilla, do leaders of those groups seem more likely to turn to her or to DeMint (or perhaps to another candidate) for leadership?  How much good will did DeMint buy with his endorsements and support in primary season 2010?

And yeah, I groaned, but was not shocked or surprised. After all, a guy makes a naked power play like the one DeMint’s made, and one should expect such talk.

And I’ll say this for him: Better DeMint than Palin.

Don’t get me wrong: I would think it horrible to contemplate either of them becoming POTUS. But at least my intelligence, my sense of propriety, is not nearly as offended by talk of DeMint as of Palin. Or for that matter, the absurd idea of Nikki Haley presuming to become governor of South Carolina when she has done nothing in public or private life to indicate any sort of suitability or qualifications for the job.

The thing is, Jim DeMint is a uomo di rispetto, a man of respect, in the Godfather sense. Sure, he might be doing some things that I 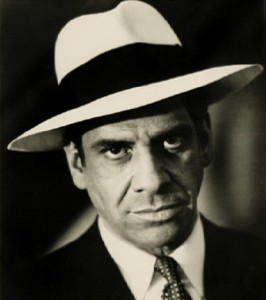 consider to be infamnia, and he might be trying to start a war among the Two Families that rule inside the Beltway, but he is a man to be taken seriously, a United States Senator who has demonstrated considerable political leadership skill. I respect him the way Don Corleone respected Sollozzo when he agreed to meet with him even though he wasn’t interested in his proposal, because drugs is a dirty business, as we all know — but I digress.

Contrast that to the utter lack of accomplishment that Sarah Palin embodies — she’s sort of to politics what Paris Hilton is to fame, or Reality TV is as a testament to a highly evolved species — and you can see why, though I don’t want either of them to become Leader of the Free World, I am less offended by loose talk about him than I am about her.

Talk about Sarah Palin as a presidential contender has become so routine that many have probably become inured to it, and now think nothing of it. But it is bizarre in the extreme. Like Alvin Greene — or Christine O’Donnell — being a major party nominee for the Senate.  Or like Nikki Haley.

Does no one but me notice this? Has Reality TV dumbed down American expectations to the point that we think it’s OK for anybody who’s shown up on the Boob Tube enough to presume to be presidential material?