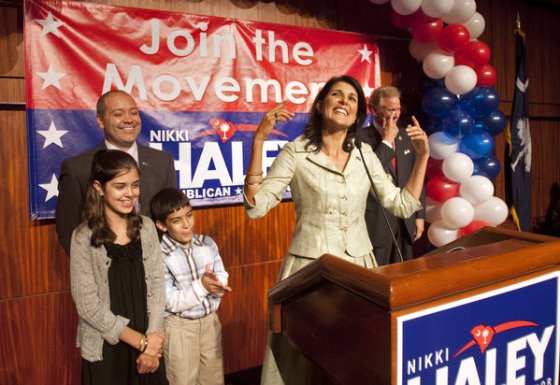 In the newspaper biz, a “stand-alone” is a picture that has no story with it. I’m still looking back at Tuesday night, and pondering a photo that embodies another sense of “stand-alone”…

As we were waiting… and waiting, and waiting… for Nikki Haley’s victory speech that night, someone in the WIS studio wondered aloud why Henry McMaster was the one killing time at the podium (actually, he was introducing her, but we didn’t realize that at first). Well, who else would it have been? said I. He was the only member of the GOP establishment to have embraced her — her only primary opponent to play a positive, prominent role in her campaign. That’s Henry; he’s Old School. If it’s his party’s nominee, he’s behind her, 100 percent.

So who else would introduce her?

And then I thought no more about it. My mind turned to how low-energy and off-key her subsequent speech was. (Something Cindi Scoppe apparently disagrees with, since she wrote, “She made a good start with her victory speech.“)

It was only when I looked at the photos later (and these photos are from The State, where you can find both a Nikki victory gallery and a Sheheen concession gallery) that I thought about the extreme contrast. There was Vincent, with a broad array of people loyally, warmly supporter him in his hour of defeat — while aside from Henry, Nikki stood alone (I’m not counting family; both candidates had that).

First the delay. Then she comes out alone, without political allies, then she delivers that less-than-enthusiastic speech. What was going on?

I don’t know, but I hope it doesn’t stay like this. We’ve had 8 years of a stand-alone governor, and a governor standing alone can’t accomplish anything in this state, for good or for ill. 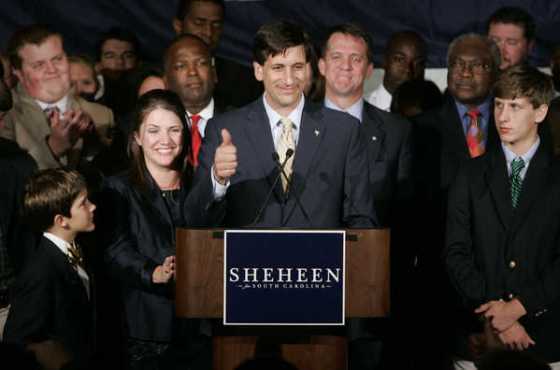 14 thoughts on “Another stand-alone governor? Let’s hope not”