Pretty much everyone who follows such things has said Nikki Haley’s first big test would be choosing her Commerce Secretary. And now we see how she has chosen. And it is very… interesting.

For the last couple of hours, since I heard that she had picked Bobby Hitt, I’ve been thinking back over my long association with him and wondering what I can legitimately say that is relevant to the situation.

You see, I know Bobby Hitt. I’ve known him for years. I served with Bobby Hitt. And you, senator, are no…

Here’s the thing: Bobby Hitt used to be my boss, back when he was managing editor of The State and I was the gummint affairs 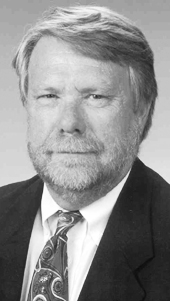 editor. We worked together in a tumultuous time, as newsroom management was in transition from the old, family-owned regime to a new breed that, for lack of a better term, I’ll call the Knight Ridder editors. Bobby was a leading light of the first category, I was the vanguard of the second (I was the first editor in the newsroom from a KR paper — in fact, I think, the first who had ever been an editor outside South Carolina — after KR bought The State). I didn’t feel like an interloper or a spy — as a native South Carolinian, I just felt like a guy who had come home — but a lot of people regarded me as such. And Bobby was the new generation of the old guard. Some sparks were inevitable.

When I came to work at The State in 1987, Bobby was away doing a Nieman Fellowship at Harvard, which sorta told me he was no dummy. When he came back in ’88, he was elevated to managing editor of The State (he had headed The Columbia Record before that). In 1990, Gil Thelen replaced my good friend and Bobby’s mentor, Tom McLean, as executive editor. About a year later, Bobby left the paper. What happened in between is a bit of a whirl in my memory, as it was the year of the Lost Trust scandal, the departure of Jim Holderman from USC, and about a dozen other scandals that had my staff running like crazy to stay ahead of them. (A time Cindi Scoppe alluded to in her column about me when I left the paper.)

Working with Bobby was … interesting. Bobby is a character and a half. He’s intense, and has a manner that works well with folks who think, “This guy will flat get some things done,” and very much rubs others the wrong way.

Bobby went to work for Nelson Mullins when he left the paper, and when BMW came into the state and hired that law firm to represent it, Bobby was delegated to help the Germans negotiate the complexities and peculiarities of public and governmental relations. They were so impressed by the job he did that they hired him away from Nelson Mullins, and he’s been up in Greer ever since, playing a key role at the operation that still stands as the big ecodevo success of the last two or three decades.

His intimate knowledge of the workings of such a business and what they’re looking for in a home should stand him in good stead, and no doubt was a huge factor in Nikki Haley picking him for this job. (An anecdote Bobby told me a few years ago about why BMW picked SC… Two reasons: First, our storied tech school system, which they relied upon to train their workers. Second — a BMW exec went on a driving tour of residential neighborhoods in the Greenville-Spartanburg area. He approvingly noted the neat houses and well-kept yards, and decided that people who took care of their property and community like that were people they could work with. The first is an ecodevo asset we understand and are happy to exploit. The second was intriguingly intangible.) The BMW name is political magic, and she’s no doubt hoping some of that magic will rub off on Commerce.

Oh, one other thing of interest: I can’t really tell you for sure what Bobby’s politics might be. News people didn’t speak to each other about such things. But I know he’s Rob Miller’s uncle. Assuming Nikki knew that, kudos to her for not letting that get in the way.

I’m going to be listening with interest the next few days to what business leaders say about this pick. Not what they’re quoted as saying in the paper, but what they say more informally. They’ve mostly been VERY anxious for a new approach to ecodevo in both the governor’s office and Commerce, which is why a lot of them supported Vincent Sheheen against the Sanfordista candidate. Nikki knows that, and knowing it, she has made a rather bold and unconventional pick.

Bobby is a unique individual, from his thick Charleston accent to that slightly mad, conspiratorial, insinuating grin that explodes out of his scruffy red beard at the least provocation. He’s certainly not the standard-issue CEO type that one expects in the Commerce job. No man in the gray flannel suit is he. I feel confident he’ll grab ‘hold of Commerce with both hands, and make something happen or bust a gut in the attempt. His uniqueness will either blow up in Gov.-to-be Haley’s face, or pay off big time. I hope, for South Carolina’s sake, that the latter is the case. I’ll be rooting for Bobby (and Nikki for that matter — she’s the only governor we’ve got), and if I can ever help him get the job done, I’ll be glad to do what I can. We need a win. We need a bunch of ’em.

19 thoughts on “Bobby Hitt at Commerce”