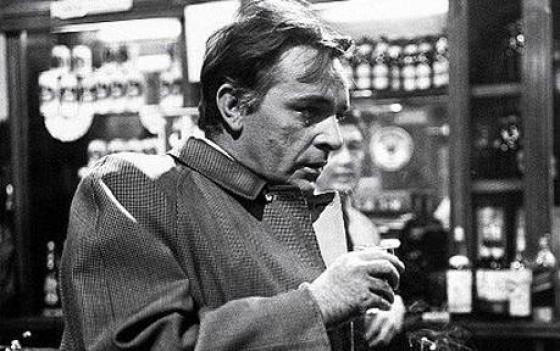 Sure, he wove a tangled web out there in the cold, but in a way things were more straightforward for le Carré's Alec Leamas.

I really value my Wall Street Journal. Every day, it reminds me what a well-run, thoughtful newspaper that still has some resources to work with can do. And in spite of its staid, conservative reputation, it manages to do some really interesting, creative things. 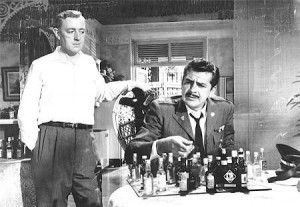 Graham Greene, creator of Our Man in Havana, would have had just the right touch.

Today, we see what happened when the editors got this idea: With WikiLeaks creating a reality that no novel ever imagined, what would three spy novelists have to say about this strange new world? What does spy fiction look like in a world without secrets?

I devoured it, as I am a fan of spy fiction. And while I am not a reader of any of the three writers they chose (Alex Carr, Joseph Finder and Alex Berenson), they rose well to the occasion of having to write on a newspaper deadline. Sure, they lacked the mastery of the language of John le Carré, and the dry wit of Len Deighton. And none of them have the touch of the late Graham Greene, whose sense of the absurd (think Our Man in Havana, to which le Carré paid tribute in The Tailor of Panama) would fit so well the perversity of Julian Assange et al.

But as I say, they did fine, each taking a different approach. Alex Carr did the best job of portraying the human cost of trashing security, with a U.S. intelligence officer anxiously racing to warn her Afghan source that he has been compromised by WikiLeaks’ callous disregard for his young life.

Those of you who still fail to get, on a gut level, what is wrong with what Wikileaks does should read that one if none of the others.

Joseph Finder had the most complete, in the literary sense, tale, managing to be fairly clever and tell a full story with a twist at the end, and do it all in just over 1,000 words — the length of one of my columns when I was with The State.

Alex Berenson sets a scene pretty well in his piece, but doesn’t resolve anything. It’s a mere snapshot smack in the middle of a story. I still enjoyed reading it.

Yes, it’s fiction, but fiction can communicate truths that journalism cannot. Most of what helps us understand our world, really get it, is in the mortar that lies between the solid fact-bricks that journalism provides. That mortar consists of subjective impressions, emotions, unspoken thoughts — things only an omniscient observer (something that only exists in fiction) can provide.

If you can read those three pieces — I’m never sure what people who don’t subscribe can and can’t read on that site — please do.

What would Len Deighton's Harry Palmer do?

28 thoughts on “Fiction tries to describe a strange new truth”