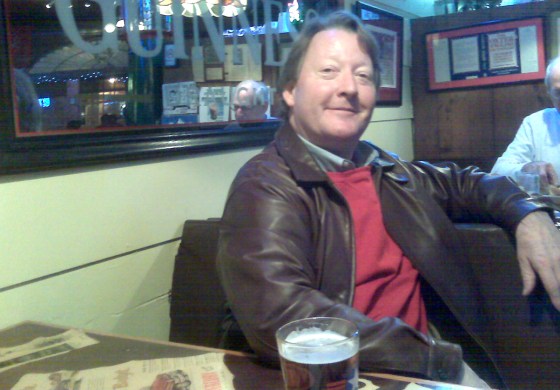 Just to keep y’all up to date on the hep doings of the In Crowd — Robert Ariail and I gathered last evening in the official Warthen/Ariail Memorial Booth at Yesterday’s, which is one of Five Points’ greatest attractions. Or should be.

We covered such burning topics as:

Hey, Mr. Yuengling distributor, take note: Don’t you think it’s about time you took out an ad on the blog? Like Yesterday’s?

17 thoughts on “Make mine a Yuengling. Robert’s, too”