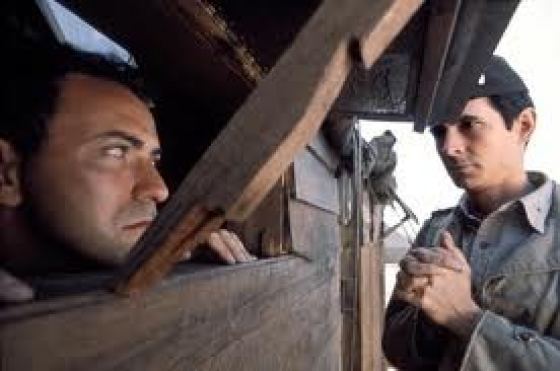 Strong misgivings: Yossarian and the chaplain.

For the longest time, I didn’t have a quotation on my Facebook profile. This didn’t seem right. I’m all about words. I’m all about pithy expressions of one’s world view, yadda, yadda. (Although I fear that now that I no longer have the discipline of writing a weekly column, I’ve gotten somewhat lazy about it, hence the “yadda, yadda.”)

But the thing is, I like so MANY things that I read — one of my problems in reading books is that, as I read them, I follow people around reading great passages aloud to them (and a well-written book will have at least one such passage per page), which is why people avoid me when I’m reading books — that the idea of singling out one, or two, or even 10 such quotes just seemed too restrictive. I thought, What is that good that I’m willing to have it almost as a personal epitaph? People will see that and think this sums me up. What quotation is there that I like that much?

It would need to be semi-original (obviously, if it were entirely original, it wouldn’t be a quotation). It couldn’t be trite. I couldn’t have seen anyone else use it. It needed to say something I believe. And it needed to be something that has truly stuck with me over time, as opposed to, say, the funniest recent thing I’ve read on Twitter.

So one day it struck me that I should post this:

And for the longest time, that stood alone, and I was satisfied to let it do so. I liked it on a number of levels. For instance, in a day 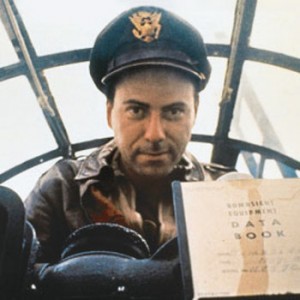 when our politics are dominated by people who are SO DAMNED SURE they’re right and other people are wrong, it had a certain countercultural UnParty flavor to it. At the same time, it’s not an existential statement of doubt — the fact that he’s saying it to a chaplain, one who certainly believes in God (although in an unorthodox way, being an Anabaptist), anchors it in belief, but still expresses the idea that one should always be willing to question one’s assumptions.

It also said something I wanted others to know about me. Because I tend to argue whatever position I’m arguing rather tenaciously, even vociferously, people tend to think I’m inflexible. They’re wrong about this. I can usually think of all the reasons I might be wrong just as readily as they can, perhaps even more readily. (After all, one of the main steps in building an argument is imagining all the objections to it.) For instance, take our arguments over the Iraq War, or the debates I have with libertarians. My interlocutors think I’m a bloodthirsty war lover, and a rigid authoritarian. But I’m not, not really. I have a tendency to argue very insistently with your more radical libertarians because I think they go overboard, and that I have to pull REALLY HARD in the other direction to achieve any balance. And on the subject of the war, well… when you reach the conclusion that military action is necessary, and that action is initiated, I feel VERY strongly that you have to see it through, and that the time for debating whether to initiate it is long past. At least, that’s the way I saw the Iraq situation. That doesn’t mean I didn’t think there were viable arguments against it in the first place — I was just unpersuaded by them.

I suppose I could go on and on about why I like the quotation, but that’s not what this post is about.

This post is about the fact that I thought that quote was sort of lonesome, so I added another today:

And here’s why I picked this one.

I’ve always had a beef with people who constantly tear down the place where they live. You know, the whiners who always want to be someplace else. The people who seem to think that if it’s local, it’s no good. These people are destructive. They’re not good neighbors to have.

You know that I’m a born critic, and I’m constantly expressing dissatisfaction with aspects of Columbia, or South Carolina. But I do it from a love of my home, and from a determination to make it better. If there’s something you don’t like about your home, you should be trying with all your might to make it better.

To me, this is a fundamental moral obligation. And like most true believers, I can find Scripture to back it up. Remember the passage that Nathan Ballentine came up with to encourage me when I got laid off? It was Jeremiah 29:11:

For I know well the plans I have in mind for you, says the LORD, plans for your welfare, not for woe! plans to give you a future full of hope.

Well, when I looked that up, I found that I liked what preceded that just as much, the passage in which the prophet told the people not to whine about being in exile, but to affirmatively embrace the place where they were, and get on with life in it:

Thus says the LORD of hosts, the God of Israel, to all the exiles whom I exiled from Jerusalem to Babylon:
Build houses to dwell in; plant gardens, and eat their fruits.
Take wives and beget sons and daughters; find wives for your sons and give your daughters husbands, so that they may bear sons and daughters. There you must increase in number, not decrease.
Promote the welfare of the city to which I have exiled you; pray for it to the LORD, for upon its welfare depends your own.

Promote the welfare of the city to which I have exiled you; pray for it to the LORD, for upon its welfare depends your own.

Amen, I say unto you. Stand in the place where you live. 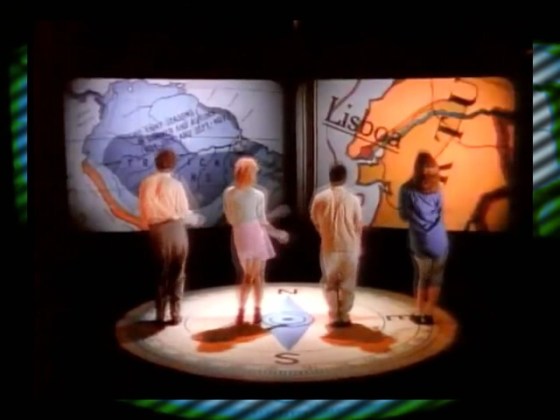 15 thoughts on “Stand in the place where you live”