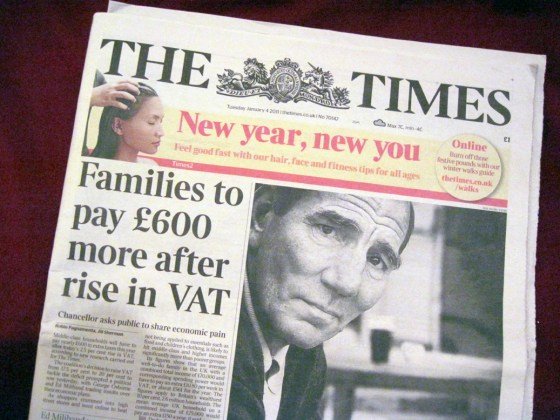 So maybe you didn’t feel it where you are, but today was the day — and they’ve been building up to it for the whole week that we’ve been in the UK, with sales urging people to come out and buy before it happened — that the VAT went up from 17.5 percent to 20 percent.

Guess what — I didn’t feel it, either.

There are several things that it’s taken some time to get used to here in the UK:

But both The Times and The Guardian are going on about this big, monstrous, huge increase. To which I say, who crosses the street to get a 2.5 percent discount on anything? I mean, really? This increase would amount to 25 p on 10 pounds. Or say you spend a thousand pounds on something — which is a lot more than a thousand dollars, mind — what’s the increase in tax? Twenty-five pounds. Like you’re going to worry about that if you can afford a thousand. (Oh, and by the way — that 600 pounds a family The Times predicts is on families that make 70,000 pounds or more. The burden is much less on median incomes.)

All that aside, the most amazing thing, the thing hardest to get used to, is that I’m in a country where the government has decided to deal with the deficit by — now get this — cutting spending and raising taxes. Of course, back home, the recent huge compromise between President Obama and the Republicans was to raise spending and lower taxes. That’s how we deal with deficits in the U.S. of A.

Riding through London on the magnificent Tube — which as far as I’m concerned is one of the marvels of the world, a testament to the ingenuity of Man — and asking directions from the helpful bobbies (“just 200 metres more on your roight, mate”), reading the extremely clear directions on where the buses that come every few minutes go, or going to the fantastic museums and paying nothing (except a few pounds voluntary contribution now and then), I personally feel that the tax I’m paying is one of the great bargains of all time.

And I’m wondering how well I’ll adjust when I get back home to a place where folks don’t want the gummint doing anything, ever, if it’s going to cost a penny more…

No, folks, I’m not a convert to socialism. I worry about the burdens of the welfare state, and I know that increasing taxes too much can have a nasty cooling effect on growth. But I have enjoyed some amenities here that seem more than worth the taxes I’ve paid here. All I’m saying. 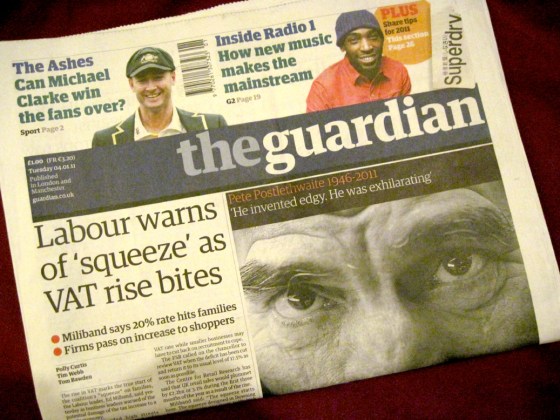 122 thoughts on “The terrible, awful, horrible day that the VAT went up”