Well, I’ll probably get some heat for that headline, from irony-deprived people who get as put off by it as I did when I heard about the “Don’t blame me; I voted for the white guy” bumper stickers after the 2008 election.

But I couldn’t resist; there’s just so much ironic goofiness inherent in the complaints that Nikki “Haley’s Cabinet Appointments Lack Diversity.” As the official Democratic Party release says:

COLUMBIA– South Carolina Democrats criticized Governor Nikki Haley for turning a blind eye to diversity in the wake of her final cabinet appointment.  Haley, who this morning appointed Duane Parrish to lead South Carolina’s Department of Parks, Recreation, and Tourism, only appointed one African-American candidate in forming her cabinet.  Worse still, says the party, that appointee– Columbia attorney Lynne Rogers—will have her role seriously diminished if the Governor’s plan to consolidate the agency Rogers will lead with another agency is successful.

See how that was just chock full of the automatic, obligatory, self-righteous, ritualistic phrases? The kinds of phrases of which we used to say at the newspaper, in the days when we were on the old Atex mainframe system, “She must have that on a Save/Get key.”

Of course, you want to say to people who complain about such things, If you wanted someone who gave a damn about your complaint, you should have voted for Vincent Sheheen. But that’s the thing, of course: All the people complaining DID vote for Vincent Sheheen. (Or if they didn’t, they’ve got some ‘splainin’ to do.) In fact, that’s the real problem they have here, not the demographic makeup of Nikki’s Cabinet.

Poor Duane Parrish. As the last appointee, HE’s the guy whose appointment announcement gets overshadowed by the hand-wringing 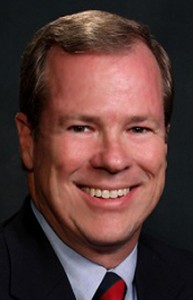 over “diversity.” It’s not his fault, he was just a White Guy Too Far.

There’s a subtext here, and that’s the part that appeals to my sense of the absurd. While Carol Fowler and the Legislative Black Caucus know better, and shouldn’t be a bit surprised (and are not), there are other innocent practitioners of Identity Politics out there who actually thought it meant something — as a milestone for all women and minorities — that an Indian-American woman was elected governor. You heard all the claptrap about how “historic” her inauguration was and all a couple of weeks back.

As you know, it completely befuddles me that people can believe in this identity stuff — that a woman can get excited for another woman’s success because she IS a woman and she thinks that means something to her and to all women. Or the same thing with black folks, or Sikhs, or what have you. I don’t understand it because, well, we white guys have no such delusions, near as I can tell. Oh, sure, there are atavistic racists who get all bent out of shape when another white guy gets done wrong, or when they imagine such a thing has happened. But I don’t understand that, either, and near as I can tell, 99 percent of us just really don’t feel any identification with each other. One of us does well, and we understand that THAT GUY did well. Good for him, but what good does that do ME? One of us gets dumped on, and we think, Too bad for that guy, but that’s his problem. (Insensitive jerks, ain’t we?)

Or perhaps I’m projecting here. Perhaps I’m making the same mistake that the Identity Politickers make, in thinking there is such a thing as a characteristic way of looking at the world particular to this or that demographic. (Hmmm. Do you think?)

And here’s the ultimate irony in this: Nikki Haley, the great Symbol of Women’s Success, is highly unlikely to sit up nights worrying about her administration “lacking diversity.” For one thing, she’s not ideologically inclined to do so. Then there’s the fact that, frankly, she gets a pass because, well, she’s a chick. And a minority. (In fact, she’s SUCH a minority that it’s not even fair. Her minority status leaves black folks and Hispanics in the dust, looking almost like a majority. She’s just et up with moral advantage in the identity politics department.)

Oh, she’d probably rather have her Cabinet praised for “looking like South Carolina” than not — everybody likes a pat on the back — but she can get by without it, I expect.

You want somebody who’s going to sit up nights worrying because Leon Howard was offended at having to shake all those white people’s hands (see the quote; I’m not making this up), get yourself a white guy. Doesn’t have to be Vincent Sheheen, although he’s a very nice and thoughtful white guy, and they’re the most susceptible. But even your less sensitive white guys are likely to worry about “lack of diversity” — or at least, worry about looking like they worry about it. To some extent.

But Nikki? She’s immune. You want to make somebody feel bad, go pick on a white oppressor.

9 thoughts on “Want diversity? Then you should have elected the white guy. Ironic, ain’t it?”