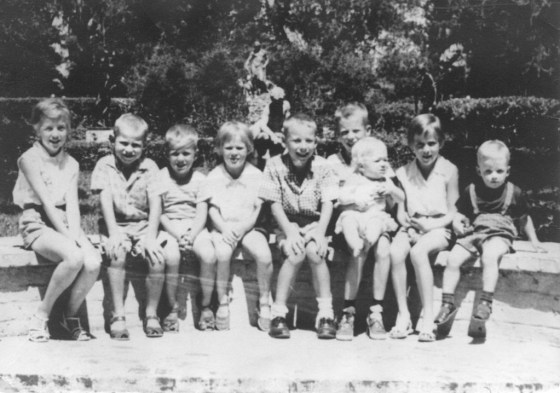 Yes, that headline is mean to evoke “Louisiana 1927,” an awesome song.

I got the photo from our good friend Bud, who wrote:

Here’s a picture of me and my cousins and brother @ Brookgreen Gardens taken in 1958.  I’m the one on the right with the sandals.

… and the dark socks. I suspect that Bud was always a fashion iconoclast. Good for him.

Bud sent that after we discovered that he and I both have a long history of connection to Surfside Beach. (I’m having trouble remembering which post that came up on, or I’d link to it.)