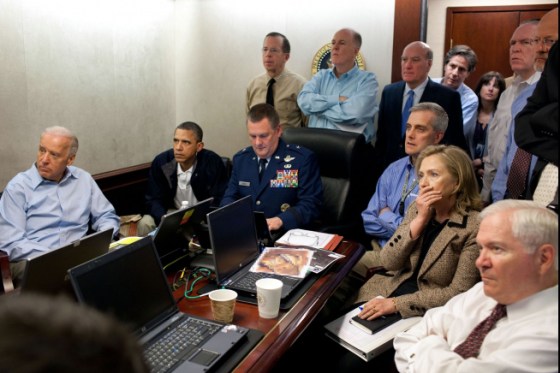 How much of what THEY know do WE need to know?

Here’s a consideration I hadn’t though much about before now, and should have (given all those spy novels, and military history books, and Tom Clancy thrillers I’ve read):

Has the U.S. Said Too Much About the Bin Laden Raid?

In the nearly two weeks since the U.S. operation that killed Osama Bin Laden, a near-constant stream of detailed information about the raid’s specifics has seeped out from White House officials, lawmakers, and pretty much anyone else with security clearance.

But that’s not how things were supposed to be, at least not according to Defense Secretary Robert Gates. “Frankly, a week ago Sunday, in the Situation Room, we all agreed that we would not release any operational details from the effort to take out Bin Laden,” Gates told Marines at a Wednesday town hall at Camp Lejeune. “That all fell apart on Monday—the next day.”…

The White House announced last week that it was done briefing reporters on the specifics of the mission, but that has done little to stop the ongoing flow of new details from being reported. The latest major leak came Thursday night, when CBS News gave a detailed play-by-play of what the Navy SEAL team’s helmet cameras captured during the raid….

There is the danger that the more we know about details of the raid, the greater potential for threatening our capability to do something like it in the future.

For instance, the lede story on The Washington Post‘s front page yesterday told us that a key element in preparing for the raid involved high-altitude drones flying WAY deeper into Pakistan than the Pakistanis suspected we were going. So that we could get higher-resolution photos than you get from satellites. And if you consider how high-resolution satellite photos can be, these images must have been pretty awesome. So… you have a revelation of greater technical capability than the world might have expected, and of a tactical deployment that no one knew about.

Of course, it’s a two-edged thing. Let enemies and potential enemies know what you can do, and it could intimidate them into deciding they don’t want the United States as their enemy after all. Or at least, it MIGHT work that way with some — say, your less fanatical foes. But let anyone know what measures you are capable of, and it empowers them to develop countermeasures. That’s a huge theme in military history — measures and countermeasures — and it never ends.

We may find all these details fascinating — I know I do. But how much of it do we really need to know?

4 thoughts on “How much do I actually NEED to know about the bin Laden raid?”