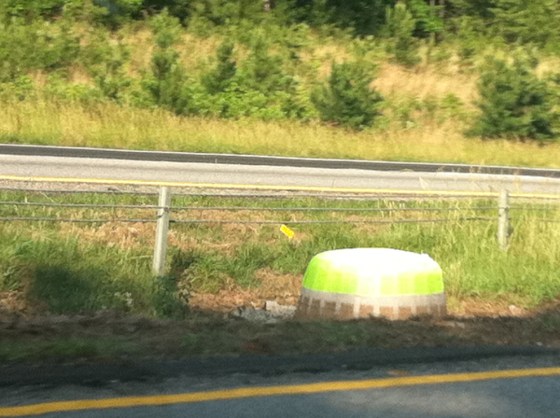 Went to Greenville over the weekend, and was puzzled the whole way by these things, which were spaced more or less 100 yards apart all along the median of I-26.

I have no idea what they are. They appear to be covered in some sort of synthetic fiber, but moving at 65-70 mph, it was hard to tell. (And no, I was not driving. It was hard enough capturing one of these in a frame on my iPhone as we whizzed by even as a passenger. It took a bunch of exposures to get one as clear as the one above. The blurry one below was second best.) I could not tell whether they were solid — made, say, of concrete — or mere covered frameworks. There may or may not have been gravel about the base.

They were four or five feet in diameter.

Drains of some sort? Shock-absorbing barriers for cars that wander into the median? UFOs? I don’t know. If they are drains, they seem … excessive. Like maybe DOT had some stimulus money it didn’t know what to do with.

Anyway, can anyone tell me the correct answer? 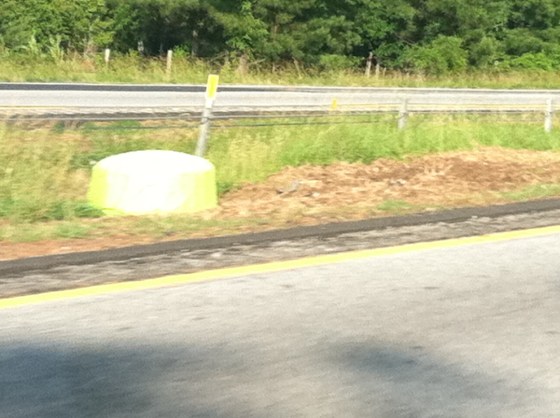 14 thoughts on “What in the world are these things?”