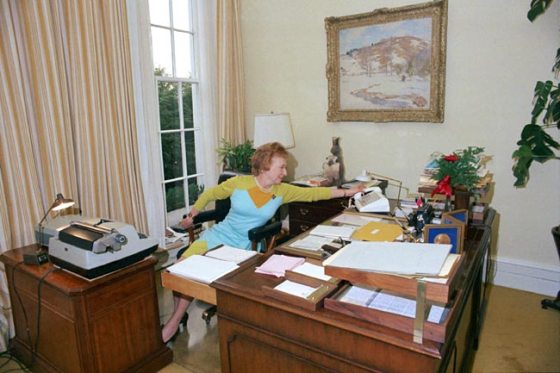 And clicked on it to find that, instead of some exhaustive Woodstein-type report, the paper that (according to legend, anyway) owned the Watergate story was basically offering an AP story that… didn’t say anything.

Not that there was anything to say. I mean, we know what happened, right? Rose Mary Woods stretched way, WAY over, and it just happened. It was like a miracle or something. What? You don’t believe in miracles…?

Anyway, don’t you hate it when Tweets seem to promise something interesting, and then you get there, and there’s not much more than the Tweet itself? I do.

9 thoughts on “And that’s all the Post has to say about it?”