Welcome to another guerrilla edition (as in, shot by me out in the field rather than the studio) of “The Brad Show.” 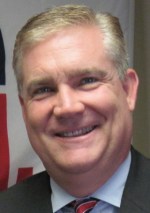 I spoke with Chad over at the party HQ this morning. Since this was my first sit-down with him, I wanted to cover the bases — ask him to talk a bit about his background, etc. So we did.

But the hot topic — and if you can’t wait to get to it, it starts at 4:15 on the clip — was Gov. Nikki Haley’s threatened veto of funding for the SC GOP presidential primary in January.

Some highlights of that discussion:

Enjoy the show. This one is actually a bit shorter than most, which I hope you will appreciate. I asked about as many question as usual, but Mr. Connelly is a very focused speaker, which I guess adds up since that is his profession. It’s not that his answers were so short. It’s just that he said what he had to say to answer me, and stopped. Not many people do that.