I spent more than half of Thursday on a tour, sponsored by the Greater Columbia Chamber, of Fort Jackson. It was kind of weird that I’d never done this. I’ve been to Fort Jackson more times than I can count, but had never seen much more than the golf course and the other more public facilities. Even though I’ve always known what Fort Jackson is for, as the Army’s largest basic training base — I had never actually witnessed any of the training. About the closest I had ever com was hearing automatic weapons fired in the distance while I was playing golf.

On Thursday, I saw a lot, and it was impressive. The basic outline of our tour:

Below are a few of the pictures I took. Here’s a key to understanding what you’re looking at, left to right, top to bottom:

I’ve got video of that exercise, by the way, complete with the sound of canned gunfire to add to the soldiers’ stress level. I’ll try to post it later. We were in the room, right on top of them. Capt. Collins, who was guiding this part of the tour, told us that the Army had learned some things about staging such exercises from Hollywood. He had been through a similar exercise at the National Training Center at Fort Irwin. It turned out to be a little too intense for some of the combat veterans who went through it. They had to take a break afterwards. It had been too much like what they had actually experienced in combat.

By the way, before that exercise, a sergeant demonstrated for us how to apply the high-tech tourniquets that all soldiers carry. He told us that we probably would have had as many killed in Iraq and Afghanistan the past decade as we lost in Vietnam, if not for what has been learned about treating wounds since then. If we had known then what we know today, Staff Sgt. Cheadle said, that memorial wall in Washington would be a lot smaller. 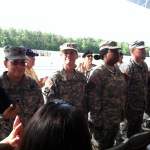 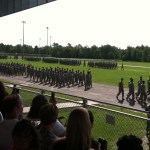 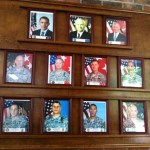 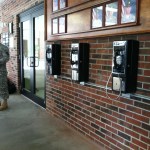 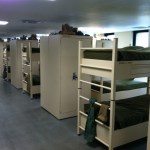 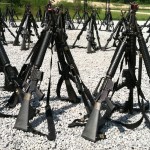 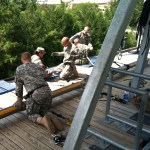 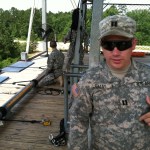 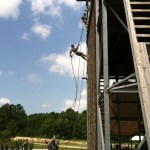 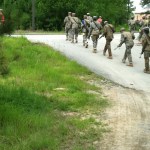 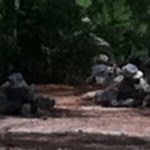 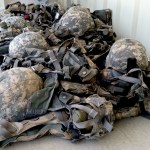 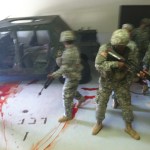 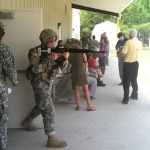 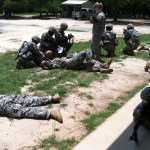