I’ve never been a fan of Jim Manning’s short career as a Richland County councilman. In fact, on the day after the 2008 election, I saw Manning’s election as the biggest disappointment of the night. At the time, I was mostly upset that Manning had replaced an excellent incumbent, despite offering no good reasons as to why he would do a better job.It was a monument to party line voting over merit, the starkest that I saw in the 2008 election.

Mr. Manning is a nice, friendly guy, and I’ve only had pleasant interactions with him. But little that he has done since Election Night has caused me to feel better about his election.

Friday, Warren Bolton had a good column on the subject, inspired most immediately by a shocking action by Richland County Council in June:

IT SHOULDN’T come as a shock that Richland County Councilman Jim Manning insisted on raising property taxes in Richland 2 to the maximum allowed under state law against the school board’s wishes.

It’s the kind of thing for which he’s become known. While Mr. Manning characterizes himself as one who’s willing to make bold proposals and stand by them, at times his efforts are misguided, lack sound judgment and trample the tenets of good stewardship and sound policy making… 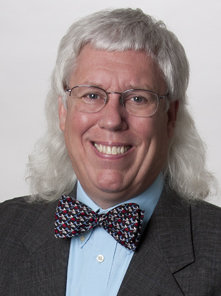 Mr. Manning utterly failed to justify his action. It was apparently based in vague notions that more should be spent on education (without regard to whether there is any sort of plan for spending it). Some of you — Doug, for instance — probably think I would do just what the councilman did. I wouldn’t. Oh, I might fight for the district’s request, if it seemed justified within the context in which it was presented. But I would never dream of saying, “Oh, here’s some more money you didn’t ask for.”

Of course, the really shocking thing here is that the council went along with him on it. We wouldn’t be talking about this at all if he had not.  I don’t know all the dynamics of that; I haven’t spoken with the other council members and for some reason I don’t see the minutes of that meeting on the county website. Here are the minutes of the previous meeting, at which the matter was apparently discussed. They are a bit hard to follow. There were procedural votes that split along party lines, but in the end the vote was unanimous. Under such circumstances, I would have to have been there and heard what was said to fully understand the way it unfolded. But as Warren points out, with Mr. Manning, we have a pattern emerging:

This isn’t the first time Mr. Manning has left people scratching their heads.

He led a misguided effort to weaken the county’s smoking ban by allowing any establishment to operate “a portion of its workplace” as a “designated smoking area” if it is separate from the nonsmoking area and has its own outside entrance and a separate heating and air system; that would have required some employees to work in smoking areas. While the change was sold as an attempt to address concerns of a single bingo operator along Decker Boulevard in Mr. Manning’s district, it would have opened the door to all businesses, including bars and restaurants. The council wisely nixed the measure.

Prior to Mr. Manning taking office, County Council — worried about clutter, among other things — had banned new billboards in unincorporated areas. It later reaffirmed that stance by rebuffing attempts to expand the use of electronic billboards, which many worried would distract drivers. Once Mr. Manning joined the council, he teamed with Councilwoman Gwendolyn Kennedy to revive the electronic billboard issue and turn what once was a slim majority against them into a decided majority in favor….

Warren also cited Mr. Manning’s odd feud with County Administrator Milton Pope. He forgot one memorable incident, though — one I wrote about here, when he tried to get a high-stakes bingo on Decker Boulevard, before backing down in the face of strong community opposition (including from his own pastor).

Warren speculated that thanks to what the Council has done at Mr. Manning’s behest, “Even though it’s not at fault, Richland 2 could feel some backlash from the business community.” Oh, I think you can count on it. Since the Legislature in its “wisdom” relieved homeowners entirely from supporting school with their property taxes, the burden of supporting this whimsy falls heavily on business. And “business” in this case includes owners of rental property — which generally means rents going up for those who can’t afford to own a home.

According to Warren, Mr. Manning has a response when people criticize him, because he’s used to it:

“People have been reacting to me like that since I was in kindergarten,” he said.

I recently asked him what he meant by that.

Set aside that he has been elected to represent real people in an organized institution. As Warren points out in the headline, this isn’t kindergarten. And nobody legitimately expects an elected official to “toe the line.” He’s there to use his best judgment in representing the people who elected him.

The key word there is “judgment.”

Warren’s column accompanied an editorial in which The State said:

Mr. Manning acknowledges that he didn’t scour the district’s budget and find holes that needed to be plugged or valuable programs that needed funding. He said district officials didn’t ask him to intervene. He also said he doesn’t care what the money is spent on; he just wants the district to have the money and is sure it will find something worthwhile to spend it on.

Richland 2 officials said they intend to spend the money forced upon them wisely, but they have gone to great pains to make it clear that they didn’t want the increased budget. Over the years, officials in the largest and fastest growing Midlands district have proven responsible and adept at handling their budget — and at asking for what’s needed to operate schools.

With the economy in the state it’s in and only businesses and automobiles being charged school operating taxes, District 2’s elected board — not unlike other conscientious elected officials — understands that keeping businesses open and people employed is crucial. So the board sought to balance the district’s needs with those of taxpaying constituents. But County Council, in its flawed wisdom and for no defensible or even clearly articulable reason, overruled the district.

10 thoughts on “Good column by Warren about Jim Manning”