Just thought I’d share this, so that if there’s anyone among you who is as big a George Smiley fan as I, you, too, can start being frustrated waiting for this movie to come out in November. (Why does it take so long? If they’ve got it edited enough to put out a trailer…)

I was putting off posting this, after Mike Fitts brought it to my attention, until I could write a longer post I’ve been meaning to write ever since January, about my own successful Quest for Smiley (yes, Circus fans, that is an allusion to the Quest for Karla). But until I do that, here’s a picture of me standing in front of George’s actual house in London. Sort of a blog trailer, if you will. I think the picture captures a Le Carre kind of feel, doesn’t it? It was taken at dusk in winter, which is appropriate. Very Cold War.

Remember I said, in a post sent from the airport in Detroit, that I was going to look for signs of Smiley in London? Well, I did. More about that later… 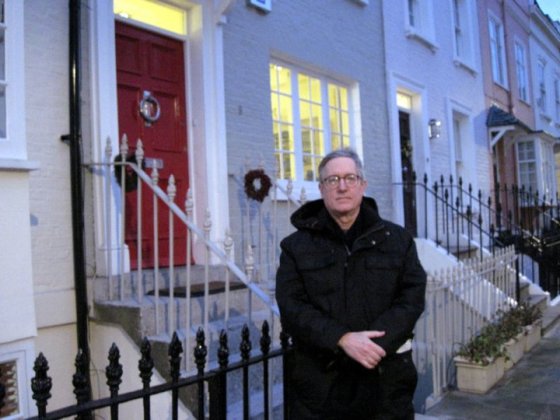