I don’t get to the actual movie theater anymore. Even though I’ve largely cut off the firehose flow of entertainment into my house, between Netflix and the DVDs I own (most recent acquisition: a Blu-Ray of “True Grit”), I’ve got more movies to watch than I really have time for — without paying those ridiculous ticket and concession prices.

But I have seen five movies this summer, which is unusual for me. Here they are, in order:

Oops, did I give you whiplash there? Did you think you knew where you were going and then, WANG!, a sudden change of direction.

Well, I went to the first four with my son, because of our shared interests in comic books, and the last one was my wife’s idea. We went to see it for our anniversary last night.

I went thinking, “This is my anniversary present, because this is a chick flick,” but I enjoyed it. And not just because of the views of that social outcast “Celia.” It was just a well-told, real-life story about people. Of course, I guess a lot of things would look like that after the other four movies I saw before it. (Best of the bunch? “Captain America.” But I expected that. The one that most exceeded my expectations? “Thor.”)

Something that struck me at the end, though: During the credits, I got up and looked around, and noticed two things. Most of the audience was female, which I had expected. And most of the audience was white. I found myself wanting to interview the audience, to get their impressions, and ask how it spoke to them and their lives. Did it match their memories? How do they think life has changed since then, and how stay the same?

More than that, I wanted to ask black folks who weren’t there: Why not? I can guess some reasons why not, but I’d probably be off-base. Then again, this audience, while numerous, may not have been representative. This was out at Harbison. Demographics would have been different somewhere else. Probably.

But I didn’t bother anybody with questions. It was our anniversary.

Last anniversary, we went to a bourbon tasting at the Capital City Club. That is to say, we went out to dinner at the club for our anniversary, and before that there was this bourbon tasting that was free to members (I think I’m remembering that right), so I managed to talk my wife into attending. It was fascinating. The speaker was a great-grandon of Jim Beam, and a very colorful and knowledgeable guy.

This year, we decided on a more low-key celebration. And “The Help” served the purpose well. It was particularly meaningful because the central character has the same last name as my wife’s maiden name. OK, that’s just a coincidence, of no interest to you, but we found it interesting… sort of like the family in “Driving Miss Daisy” being named “Werthan.” 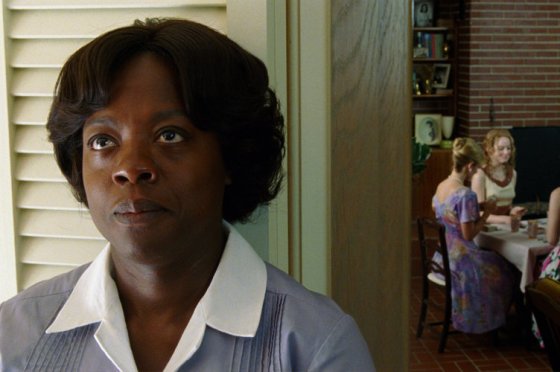