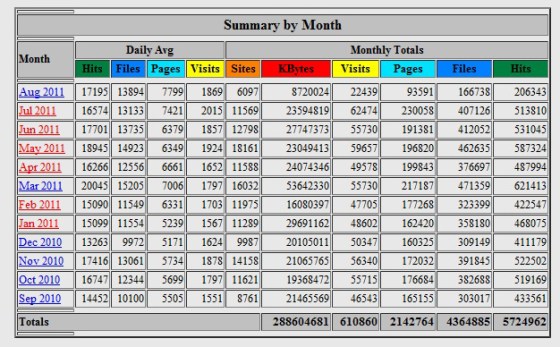 I hadn’t looked at my blog stats for awhile, and then I saw to my surprise that I had 230,000 page views last month. And the last six months have averaged more than 200,000. (It’s been more than half a million “hits” a month, but I don’t put stock in those.)

That’s my second-highest ever, so I have to ask — what gives? There were no really hot news stories running then. No election, and the Legislature was out of town, and it was really, really hot.

Only thing I can guess is that this is the groundswell that occurs as we build toward a presidential primary. And it’s still building. If you look at the average daily “pages” up there, you’ll see that we’re on pace this month to exceed 240,000, without anything remarkable happening to break up the Dog Days. (The highest ever was over 250,000 in June 2010 — but that was because of the freakish confluence of the rise of Nikki Haley, and that of Alvin Greene.)

My peak on my old blog was January 2008, the month of both the highly-contested Republican and Democratic primaries here, which drew a good bit of national and international attention to the blog. The total was something between 80,000 and 90,000 (I don’t have the numbers in front of me.) A typical month in the year following that was more like 40,000 (which was still higher than in years before). So you see, my traffic has increased fivefold without the benefit of having my name in the paper every day. Go figure.

All I can say is, keep on reading…

6 thoughts on “Why’d y’all come to the blog so much last month? (Not that I’m complaining, mind…)”