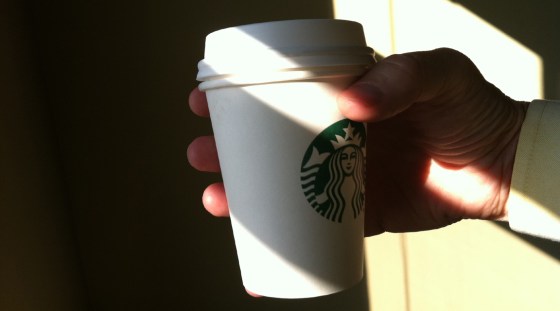 Did you ever wonder why the smallest size advertised at Starbucks is a “Tall?” So did I, but I never wondered enough to ask. I sort of assumed that once there had been smaller sizes, but they had become extinct as America became more gluttonous.

I was right. I think. Because it turns out Starbucks also serves a “Short.” Really. It’s 8 ounces, as opposed to the 12 oz. tall. I’ve taken to ordering them lately, if I’m picking up a coffee in the afternoon. It’s a great way to go when you need something, but it’s just a bit late for that much caffeine.

They’re really not a part of the Starbucks routine. In fact, they don’t have sleeves for them. Instead, you get a double cup when you order one.

You have to know to ask for it.

So there’s another reason I order them, aside from being “sensible.” They make me feel cool, like one of the Starbucks cognoscenti.

As you know, I love Starbucks (a fact I appear to have at least alluded to here 54 times). It’s not just the coffee, which is the best. It’s the smell. It’s the music. It’s the sound of beans being freshly ground. It’s the fact that the women there are more beautiful than anywhere else. OK, maybe that’s the caffeine talking. But then, maybe there’s something about Starbucks that attracts beauty. If I could get a grant, I’d do a study.

So it’s just extra great to casually order something (“a Short Pike”) that none of the unwashed around me — not even the beautiful unwashed women — know about. It adds something to the already pleasant experience of being there. I walk out with a swagger, my confidence in my own hipness fully reinforced.

Can  you believe Starbucks doesn’t advertise on this blog? Maybe it’s because I have no clue whom to approach with my pitch. I’m not even getting anything for product placement. Aside from the satisfaction of knowing I’m doing good in this world… 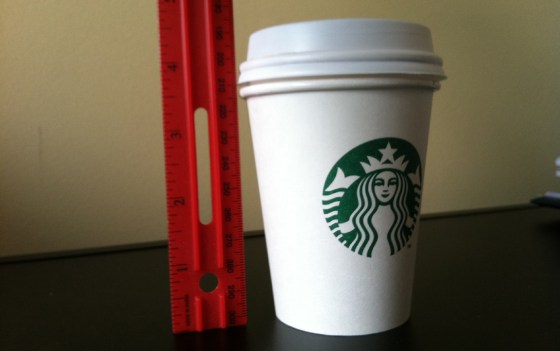