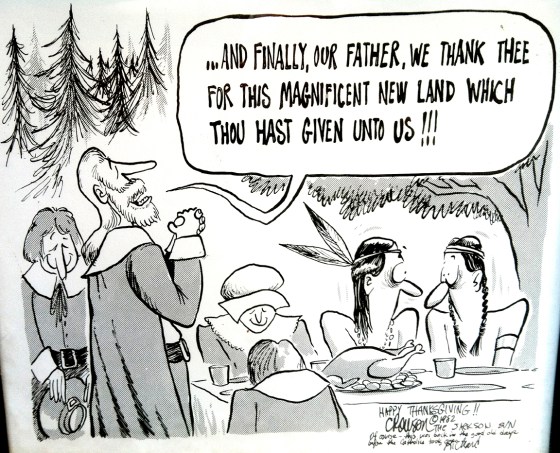 Once upon a time there was a thing called newspapers, and Richard Crowson is my oldest newspaper friend. One of his first published editorial cartoons illustrated a column I wrote for the editorial page of the journalism department lab paper at Memphis State University in 1975. I already knew Richard from working with him at the MSU library.

A couple of years later, Richard joined me at The Jackson Sun, where we worked together for close to a decade, Richard as the editorial cartoonist.

Then, in 1985, I persuaded him to come out to Kansas, where he eventually became editorial cartoonist of The Wichita Eagle. A couple of years after that, I left to come here. Richard stayed.

Richard, being a talented editorial cartoonist, was laid off from his job about six months before Robert Ariail and I were.

Anyway, I only possess a copy of one of his cartoons, the one above from 1982. It’s my favorite. Sorry that the perspective is a bit askew. It’s too big for my scanner, and I had to shoot it with my camera at an angle to get the reflection off the glass of the frame.

Oh, another thing about Richard. He’s not only a great cartoonist; he’s probably the most talented picker I know — of any stringed instrument you care to name, as long as it’s used in the production of Bluegrass. The first thing Richard did when he arrived in Wichita was go out and buy several second-hand kitchen chairs for his apartment, for his fellow pickers to sit on once he found some. Which he promptly did.

Below, you see him at left with the rest of The Home Rangers, “Kansas’ Premier Cowboy Band.” 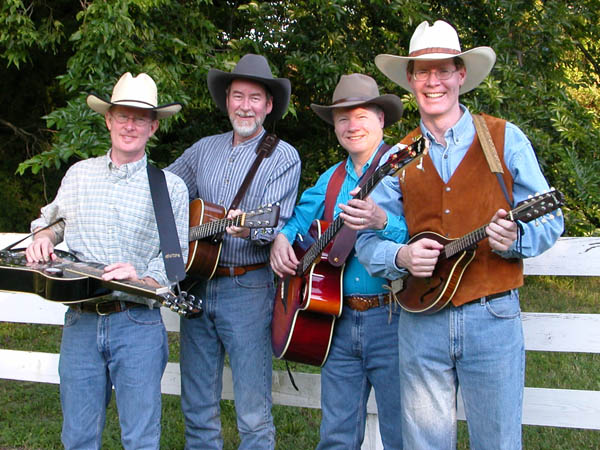 2 thoughts on “Happy Thanksgiving, Richard — and everyone”