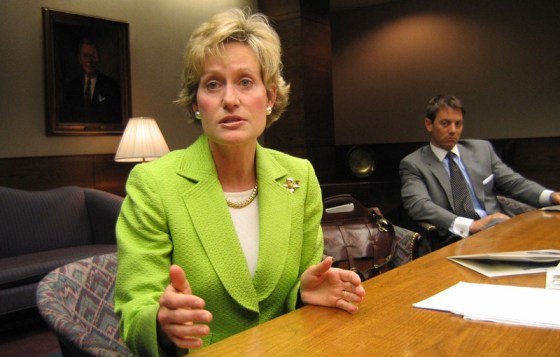 That's "Chuckles" Gidley in the background, during a 2006 editorial board meeting. See how he got his name?

I was delighted to see this passage in the paper this morning:

Santorum will boast of his focus on the Iranian threat to peace while other lawmakers were fixated on Iraq. He will brag that during his 12 years in the U.S. Senate, he never voted for a tax increase and pushed for a balanced budget amendment to the U.S. Constitution.

And he will note he did those things while representing Pennsylvania, a sometimes liberal state, without “giving up his conservative principles,” according to Hogan Gidley, Santorum’s national spokesman.“He did not have to morph and change himself to win elections,” Gidley said, a not-so-subtle jab at GOP front-runner Mitt Romney’s record while governor of Massachusetts. 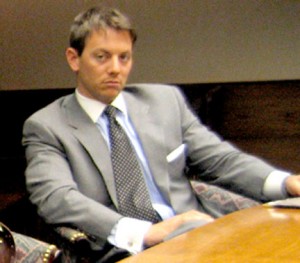 Hogan Gidley! Chuckles! Where you been at, man?

My calling him “Chuckles” dates from when he was handling Karen Floyd’s campaign for state superintendent of education. I’ve seldom had a campaign aide glower at me in quite that way before. Karen hated the camera, but at least she smiled for it now and then.

All in good fun. Chuckles likes his nickname. At least, I think he does. Of course, I once forgot that he was executive director of the state Republican Party, so I might have forgotten his opinion of the nickname, too…