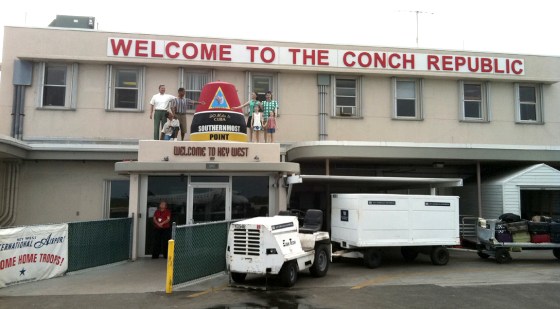 I’ll be missing the craziness in SC the next day or so, as I’m in Key West talking about it.

You know how the Tea Party and the Occupiers get really worked up about the coziness between politicians and corporations? Well, I’m at the nexus of that. Or one of the nexuses. Or nexi. Or whatever.

Or at least, that’s what the protesters would probably say.

I’m at the Senate President’s Forum, where top officers from state senates across the country get together with corporate types and talk politics. So far, I haven’t met any of the participants, as the first event is tonight. I’ve never attended anything like this before; it promises to be interesting. I’ll tell you what it’s like. (Our own Senate president pro tem, Glenn McConnell, isn’t coming. SC is to be represented by Tom Alexander.)

I’m here to participate on a panel discussion about the presidential election. I’ll be joined by David Yepsen, former chief political editor at The Des Moines Register (somewhere, there are senior political editors who still have newspaper jobs, but I seldom run into them) and now director of the Paul Simon Institute at Southern Illinois University; John Marttila, President of Marttila Communications; and Mike DuHaime, Managing Director, Mercury Public Affairs and former Chief Strategist for Chris Christie’s successful gubernatorial campaign.

My job, of course, is to explain politics in the state that everyone is watching this week.

I need to write some opening remarks, which I worked on a bit on the plane this morning, but have only roughed it out. When I get it written, I’ll share it with y’all.

I’ll also be doing some walking around. This is my first time to Key West. 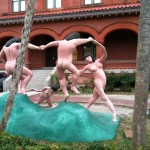 People here seem to be enjoying themselves. 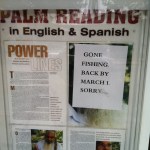 Things are VERY laid back here. 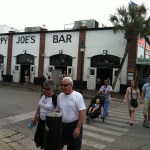 A local landmark I found by myself on an initial reconnaissance. 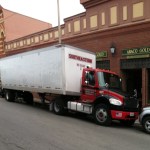 After flying down here, I find this Southeastern Freight truck. SE is located about a mile from my house. 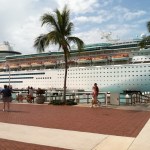 This is parked outside my hotel. 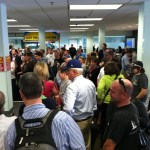 This wider view shows the ENTIRE inside of the airport. 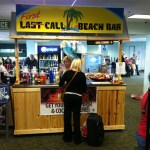 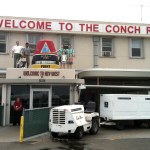 Those are mannequins. I kept wondering, from the plane, why they didn’t move.

11 thoughts on “Greetings from way, way, WAY on down South”