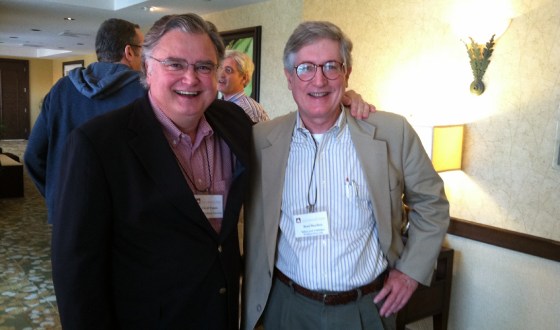 Above you see David Yepsen and me, looking relieved and happy that we’re done with our panel presentation at the Senate Presidents’ Forum in Key West over the weekend, and that it went well. Funny how those kinds of things — just talking — can take a lot out of you.

I’m lucky to have worked with both Lee and the Tennessee legend, John Parish. And while it was brief, I was honored to share the panel with David Yepsen, who is now director of the Paul Simon Public Policy Institute (he left The Des Moines Register about the same time I left The State), Saturday. And to get to know a couple of political pros I had not met before, who also served on the panel: First, John Marttila, longtime friend and ally of Joe Biden ever since he was elected to the U.S. Senate in 1972. John continues to be a senior political adviser to the vice president. From the Republican side, we had Mike DuHaime, who ran Chris Christie’s successful run for governor of New Jersey in 2009.

We had a great discussion, both during the panel and at meals and events before and after.

What did I say during the presentation? Well, not anything I haven’t shared here. I essentially scrapped my prepared remarks, as mentioned previously — which is probably a good thing, because things flow better when I’m winging it. But preparing — not only the writing, but all the conversations I had with top Republicans in SC, right up to a couple of minutes before the program — did help me get my thoughts in order. Hey, if I hadn’t made all those panicked calls Friday night and Saturday morning after seeing those poll numbers, I wouldn’t have known to call Romney a “Plastic Banana Rock ‘n’ Roller,” which still cracks me up — the idea of Romney as ANY kind of rock ‘n’ roller, actually.

Anyway, I’m back from Key West. And it’s going to be a busy week… 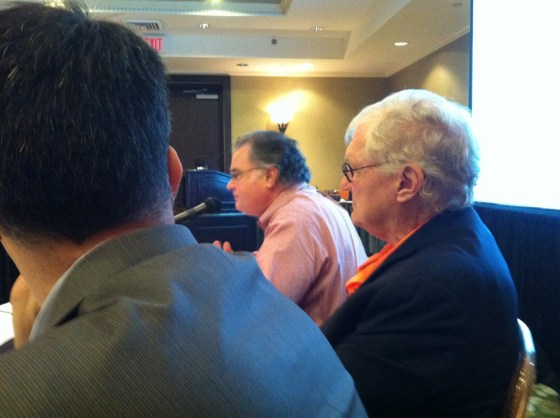 Mike DuHaime (or the back of his head, anyway), David Yepsen and John Marttila, during the panel discussion.