OK, so that doesn’t quite work, poetically speaking. What’s MTV? Is that a dactyl, or what?

My alternative idea for a headline was “Money for SOPA, money for dopa.” Which do you like better?

Anyway, I’m pretty ticked at somebody, I’m just not sure who, for the fact that I can’t use Wikipedia today. At least Google’s working (having opted for a purely symbolic “blackout”), but what good is it when the best source it keeps sending me to is Wikipedia?

Just a moment ago, trying to look up “dactyl,” I of course clicked on the first thing Google gave me, and for a split second saw the Wikipedia entry on “dactyl” before I got the above brick wall.

This would be OK, if I could just tell myself that Wikipedia isn’t available today, and not try to use it today. But I could hold my breath that long more easily. Using Wikipedia is an autonomic response. I think. I mean, I think that’s the term, but I can’t frickin’ check on Wiki!

At whom am I ticked? Jimmy Wales? Or the gigantic coalition of old-media companies lined up in favor of SOPA? For the last two days, I’ve been hearing in-depth reports on NPR from both sides, and I’ve heard all sorts of claims, but one thing I haven’t heard is an explanation of what on Earth the legislation does. This is the simplest explanation I’ve found:

Under the current wording of the measures, the Attorney General would have the power to order ISPs [internet service prividers] to block access to foreign-based sites suspected of trafficking in pirated and counterfeit goods; order search engines to delist the sites from their indexes; ban advertising on suspected sites; and block payment services from processing transactions for accused sites.

If the same standards were applied to U.S.-based sites, Wikipedia, Tumblr, WordPress, Blogger, Google and Wired could all find themselves blocked.

Such requests would need to be reviewed and approved by a judge. But accused sites would get little notice of a pending action in U.S. courts against them, and, once blacklisted, have little effective means of appeal.

But then, I heard advocates of the legislation this morning on The Takeaway (they were being interviewed by a woman who belongs to one of the associations backing SOPA, by the way) insist that it wouldn’t do that, that it had been amended to remove all objectionable characteristics, and that they’d be happy to have it amended further, etc., etc.

I just don’t know. But I do know this: Today, I’m inclined to cast my vote on Saturday for whichever candidate convinces me that he would keep Wikipedia up and running. SOPA or no SOPA, I don’t care.

(At this point, imagine Sting’s voice fading out, repeating “I want my, I want my…” At least I think it’s Sting. How am I suppose to check?) 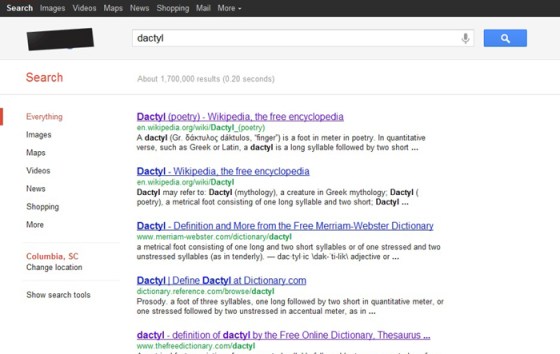