Yesterday was so busy that I didn’t get around to this. Since then, I hear it was a subject of discussion on Morning Joe, having already appeared on Politico and other places.

You may have already seen it by now:

12.27pm: Our reporter Matt Williams has been on the phone to one of the senior editors at The State newspaper, which as we learned earlier, endorsed Jon Huntsman only yesterday. She was sanguine about his decision. 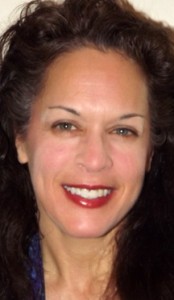 Cindi Scoppe, associate editor of The State, said Huntsman’s decision has left the newspaper feeling like a spurned lover.

Scoppe, who penned the endorsement piece on the former Utah governor that was published a day before he dropped out, said: “It is rather like having gone through a courtship for some period of time and finally making love with a man, for him to suddenly turn around and say, ‘you know what, I think I’m gay’.”

She said Mitt Romeny enjoyed South Carolina’s largest newspaper’s “implied endorsement”, now that Huntsman had dropped out. “We intended to make clear that Romney was our second choice. But whether we write a formal endorsement or not – we haven’t figured it out yet.”…

What’s really funny about this — painfully so — is that Cindi is not the sort of person to talk about her feelings. She’s all about thought. She’ll rattle off a logical explanation at the drop of a hat, and be perfectly comfortable doing so. But ask her about her feelings, and she’ll look at you with disgust, for bringing up a subject unworthy of discussion.

I guess the reporter from The Guardian caught her at a weak moment. So she gave him both barrels as to how it felt.

You know how Michael Corleone let Kay ask him, just this once, about his business? Well, just this once, Cindi let somebody ask about her feelings. I doubt that she’ll do that again, now that so many have been entertained by it.

Personally, I thought it was a good answer. The situation was SO absurd (Joe Lieberman at least waited until he got crushed in the SC primary before dropping out, three whole days after the endorsement) that you have to wonder: Huntsman has had staff here for months. You pay people all that time, you go to all those chicken dinners, and you don’t even stick it out until the primary?

Scuttlebutt has it that there was a deal. But what sort of deal? What would Romney, or whoever, have offered Huntsman that would be worth such a precipitous exit? And why would it have been worth offering ANYthing to such an adversary? Huntsman was barely registering in the polls, getting less support than Stephen Colbert.

It was all very odd. And Cindi captured well how odd, how disconcerting, it was.

6 thoughts on “Not that there’s anything wrong with that”