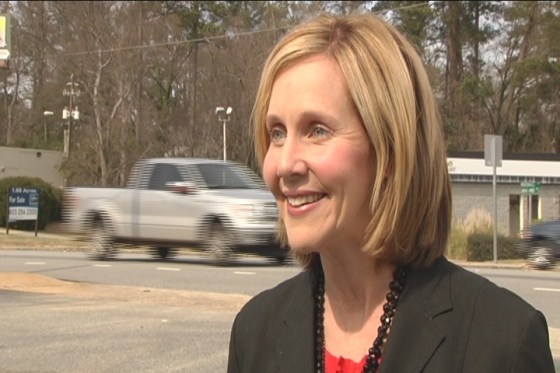 Speaking of Republican women and media…

There was a flurry of excitement earlier in the day when word was going around that Kara Gormley Meador, formerly of WIS, was preparing to run for the Senate against Jake Knotts. As Jack Kuenzie reported:

COLUMBIA, SC (WIS) – The race for state Senate District 23 was thrown a major curveball Thursday with the announcement from a former WIS anchor and reporter that she intends to enter the race.

Meador says she had been considering the decision for a while and planned on rolling out her campaign on March 1, but rumors began to spread that she was looking to make a run at the  seat….

And when I say excitement, I mean excitement. Check this sampling of comments from her Facebook page:

See what I mean? Mitt Romney would kill for a tenth of that enthusiasm for his candidacy. That sort of enthusiasm makes the excitement about Obama in 2008 look like tepid dislike. In fact, I don’t think I’ve ever run across that much enthusiasm for anybody. If anyone hurled it at me, I think I’d back away in fright. Fortunately, that’s not likely.

In any case, it was all for naught, as this was reported later in the day by a certain rival news organization:

Instead, Meador will be in district 18, held by Sen. Ronnie Cromer. That race is already crowded, with former Lexington County Republican party chairman Rich Bolen saying he plans to run.

Filing for state Senate seats does not open until March…

17 thoughts on “Kara Gormley Meador running against Jake Knotts. No, wait, she’s not…”