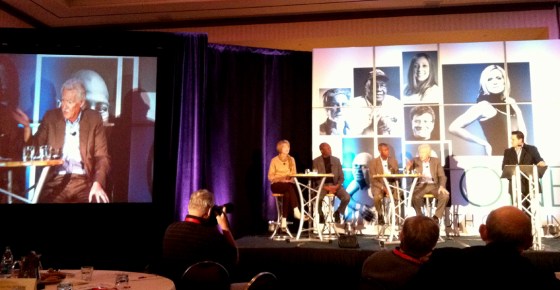 Y’all probably think I haven’t blogged in days. I have; it was just microblogging. One of these days I’m going to get social media totally integrated into this blog so y’all can immediately see my posts on Twitter, because when I’m away from my laptop, that’s where I’m sharing observations.

From Friday through Sunday, I was at the Riley Institute’s Diversity Leaders Initiative graduate weekend in Hilton Head. When I arrived, Cindy Youssef of the Riley Institute asked me to Tweet as much as possible, and to use the hashtag #onesc.

It’s dangerous to tell one of the Twitterati to Tweet as much as possible. There were others putting the word out there, but I was probably the most manic, as you can see by looking at the hashtag results. There was a respite of a couple of hours when I took my iPhone up to my room to recharge it, but other than that I didn’t slow down much.

Here you see most of my Tweets from the weekend. I left out some asides that had nothing to do with what was going on, but also left a couple of those in, for flavor.

For a complete roster of who was there, you can look here.

Most of the Tweets were when people said something I agreed with, although not all (as I’ve explained before, I favor single-payer NOT because people have a “right” to health care, but because it’s a more rational system for society overall than what we have now; but I thought it very interesting that Ed Seller thinks it’s a fundamental right).

When someone else’s Tweet is quoted, I use that person’s handle in front of it, and then insert my own as it goes back to my voice. I hope that makes this easier to follow.

Just had an enjoyable political chat with Alston DeVenny, husband of Susan & law partners with the uncle of @fitsnews in Lancaster.#OneSC

Will Folks aka Sic ‏ @fitsnews

@BradWarthen ha! my uncle Robert is a good dude …

Don Gordon talking about the need to transform the two South Carolinas into One… #OneSC pic.twitter.com/PQNaC7Qc

What is it about Starbucks that makes people want to tell you they are there and does the Drive-thru count ?

@harveypeeler @Starbucks is awesome, they have time to kill, they’re caffeinated, and no, it doesn’t count.

In reply to Harvey Peeler

I think I can remove my “Tweeter training wheels ” when @BradWarthen pays attention to what I Tweet.

“Medicine is a social science, and politics is nothing else but medicine on a large scale.” Rudolph Virchow, quoted by Ray Greenberg.#OneSC

MUSC’s Greenberg: Problem of people not getting needed meds because of cost is getting WORSE… #OneSC

Greenberg: In many rural counties in SC, there’s not a single OB/gyn. “Deserts” of care… #OneSC

Greenberg: SC is No. 1 in people living in mobile homes. Whoo-hoo! One-fifth of us! #OneSC

Greenberg: Health disparities are NOT the result of bad habits of the poor. #OneSC

Sitting at table by @BradWarthen, master tweeter… I can’t keep up, guy is good!! #OneSC #watchandlearn

Ed Sellers: In SC, income does not rise with age, but health cost rise dramatically, for blacks and whites. #OneSC

That parenthetical interjection on the last Tweet was mine, not Ed Sellers’… #OneSC

Literally jumping the shark: “@CBSNews: Video: Reporter swims with sharks – without a cage (via @CBSThisMorning) bit.ly/wAhfsQ”

@wesleydonehue @harveypeeler When it comes to @Starbucks, I take a backseat to no man!

Heads up, folks: “@AnitaGarrett: Ed Sellers: “There are 55% more whites than black that will be on Medicaid.” #OneSC”

Carolyn Wong Simpkins: In US, we have best & worst health care.#OneSC

Ed Sellers: $24 billion spent on health care in SC annually. It goes up a billion a year… #OneSC

Ed Sellers: Other countries control health care costs by controlling growth of capacity, which (irrationally) is anathema to U.S. #OneSC

Simpkins: We are SO concerned to make sure no one undeserving gets care, we overcomplicate the system… #OneSC

Watching a film that exhorts us to respect barbecue. But I don’t have to be persuaded… #OneSC

The takeaway: Don’t trust a barbecue pitmaster who doesn’t choose and cut his own wood… #OneSC

Doug Woodward: SC productivity shot up from 90s thru early 00s, leveled off. And our income is FALLING, even when economy is good… #OneSC

Woodward: We must educate more of SC population at a higher level to be ready for 2030, when only 1 out of 6 will be working… #OneSC

Woodward: If we raise educational attainment to national average by 2030, personal income will rise by $68 billion. #OneSC

#onesc Economist Doug Woodward: If we’d followed the policies Gov. Riley for the past 18 years, we wouldn’t have this (increase in poverty)

Steve Morrison quoting someone on poor towns in SC: We built Interstates so we wouldn’t have to look at them… #OneSC

Steve Morrison: If you want a safer and more secure South Carolina, teach a young man to read. #OneSC

Morrison: Can we agree that teachers matter the most? #OneSC

Morrison: Take that tax base along the coast, and share it with the poor districts… #OneSC

Morrison: The child gets off the bus at 5 years old with bright eyes. He’s not defeated. Yet. #OneSC

John Simpkins: The opposite of love isn’t hate; it’s indifference. (“My kids are fine; yours aren’t my concern.”) #OneSC

To paraphrase Terry Peterson, we need not just a love of justice, but a hard-minded understanding of what economic dev. requires. ##OneSC

What this conference keeps wrestling with is what to do about the total triumph of “I, me, mine” in SC politics. #OneSC

Ex-Gov. John Baldacci of Maine says Riley Institute is “kind of like a focus group for the state of SC.” #OneSC

Baldacci says on his first visit to SC, “I was really blown away” by downtown Greenville. (Something for Columbia to aspire to.) #OneSC

Baldacci: “The very basic foundation of our democracy is education.”#OneSC

Baldacci: As dysfunctional as our politics may be, what we have is better than what most people have had throughout history. #OneSC

Baldacci: You can go anywhere in the world, but you can’t become Chinese; you CAN come here from China & become an American.#OneSC

Baldacci: “We all have to get over it, folks… We have to realize that we have a greatness here if we work together…” #OneSC

Baldacci exhorts us to treat people as Dick Riley always has… with dignity and respect. Amen to that; we could have no better model.#OneSC

Others call Dick Riley “secretary.” I call him “Governor.” For SC, that means the most (to me, anyway). #OneSC 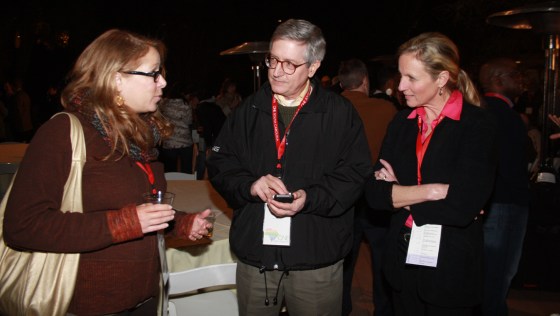 Apparently, I'm even Tweeting while talking at the barbecue with Clare of the Clare Morris Agency and Susan DeVenny of First Steps.

4 thoughts on “What I was doing all weekend”