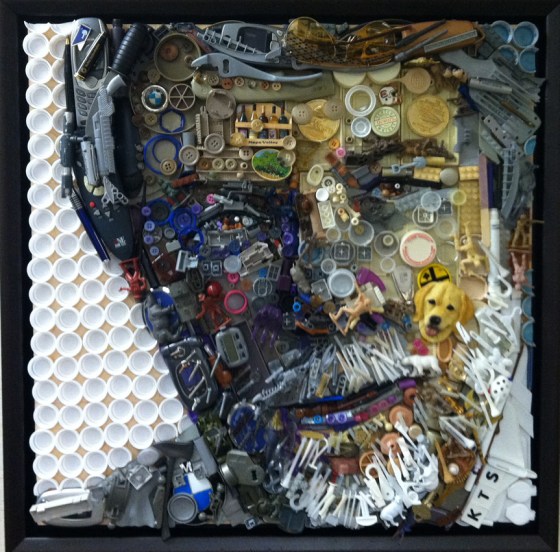 People wonder why I’m always late and never (well, almost never) get anything done. It’s because for me, stuff just leads to stuff. And I’m unable to resist plunging ahead to see where it all leads.

For instance, today I had a membership committee meeting at the Capital City Club. At some point our membership director said that you can now buy Smart Cards at the Club. Someone asked what that was, and I pulled mine out of my pocket to show him. This reminded me… I had arrived at the Club for a meeting before the meeting, and my two hours (it was one of the green ones, which max out at 2 hours) were probably going to run out just as we were ending the lunch meeting. And I’ve been ticketed seconds after running out before.

So I excused myself to go put some more time on the meter.

On my way out, I ran into Rep. James Smith. We exchanged pleasantries, I excused myself again and went down to the street. I put some more time on, and headed back up.

On my way into the building, a sort of familiar-looking guy walking perpendicular to my path made eye contact with that “Hey, aren’t you…” look, hesitated, nodded to me with the sort of halfway nod that feels deniable, in case you’re wrong about who it is, and I gave back a similar nod. I walked on, thinking about the odd complexities of polite human interaction, when I heard a “Hey!” behind me. It was the guy. He asked me if I was Brad and if I used to run the newspaper. I told him I ran the editorial page. He asked me about a woman named Cindi who was married to someone who had been someone high-ranking at the newspaper, saying he probably was confusing her identity. He said no, not Cindi Scoppe.

I don’t know how I got there, but I eventually I read his mind enough (after he mentioned Macon, Ga.) to venture that he was talking about Nina Brook. Her husband Steve came to the paper as business editor, she joined as a political reporter, she left to go to WIS and then was Gov. Jim Hodges’ press secretary before I hired her away (the move was widely regarded as a defection) to be an associate editor. She’s now a high school teacher. Steve is now managing editor at the paper.

She and Cindi Scoppe share a number of characteristics (they used to be a fearsome duo as reporters, covering the Legislature together), which could lead to a name confusion, but don’t tell either of them that.

That settled, I confessed to not knowing his name, and he gave it. He works at the Department of Commerce. I asked how Bobby Hitt was doing. Bobby, if you’ll recall, was very ill just before Christmas, and hospitalized for quite a while. He’s back at work now, I was told, but working more of a normal schedule instead of trying to kill himself doing everything. Good to hear.

Oh, he said, since you know Bobby from way back you should probably get off the elevator on 16 and look down the hall to see the new portrait. He said it was by that lady, and he gave a first name (again, not the right one — I have days like that, too) who works with trash. I said you mean Kirkland Smith, who… drumroll… is married to James Smith, whom I had just run into. And it’s not really garbage she uses as a medium, more like… cast-off junk. It’s a recycling thing.

So on the way back to my meeting, I stopped on 16 and looked both ways. The receptionist at Commerce asked if she could help me, and I said I was looking for the picture. She told me to step inside the double doors and look down a hall, and at more than 50 feet there was no doubt — there was Bobby.

I went on down the hall to get close enough for an iPhone picture, and ended up chatting with another lady whose desk was next to it.

Eventually, I made my way back to the meeting. It was pretty much over. I hadn’t meant to miss the rest of the meeting; stuff just happens…

Anyway, I thought Kirkland’s picture was pretty cool, just like the others of hers I’ve seen. So I’m sharing it.